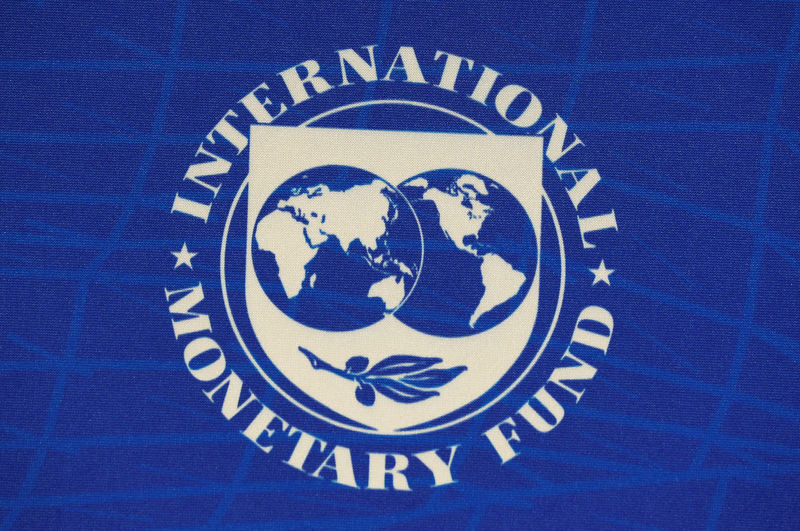 © Reuters. FILE PHOTO: The logo of the International Monetary Fund (IMF), is seen during a news conference in Santiago

He said senior Argentine and IMF officials would meet in Washington later this month, noting that complex market conditions and policy uncertainty made the situation more difficult.

Argentina has spent $15 billion in foreign reserves over the last month to stabilize its peso, which crashed along with the country’s bonds after Peronist Alberto Fernandez trounced market-friendly President Mauricio Macri in a primary election.

Fernandez has pledged, if elected, to rework a $57 billion credit line Argentina hammered out with the IMF last year to avoid defaulting on foreign debt as it grappled with soaring inflation and a weak peso.

The country’s inflation rate is expected to reach 53% in December 2019, but will fall back to 34% the following year, government officials said on Wednesday.

Rice said the global lender had repeatedly documented external and internal risks in its assessments of Argentina’s economy, and remained closely engaged with authorities there to help stabilize the economy.

“Our engagement remains strong with Argentina,” Rice told reporters. “The IMF’s objective has been to try and help the authorities stabilize the challenging situation and allow for a return of confidence that would pave the way for growth.”

He said IMF officials also met with center-left Fernandez, who is now the front-runner in the October presidential election, and other stakeholders, when they were last in Buenos Aires in August.

Treasury Minister Hernan Lacunza is due to visit Washington and meet with IMF officials in late September, Rice said.

Asked about risks to the IMF program, Rice said, “We need to have the meetings in late September first, and then we’ll take it from there.”

He said it was clear the IMF was often called upon to help in situations that were rife with risk, and that was the case when Argentina sought the fund’s help last year.

He said the most recent staff report had “stressed that risks to the program could be potentially exacerbated by adverse market reactions and political uncertainties as well. And that’s the situation we’re facing now.”