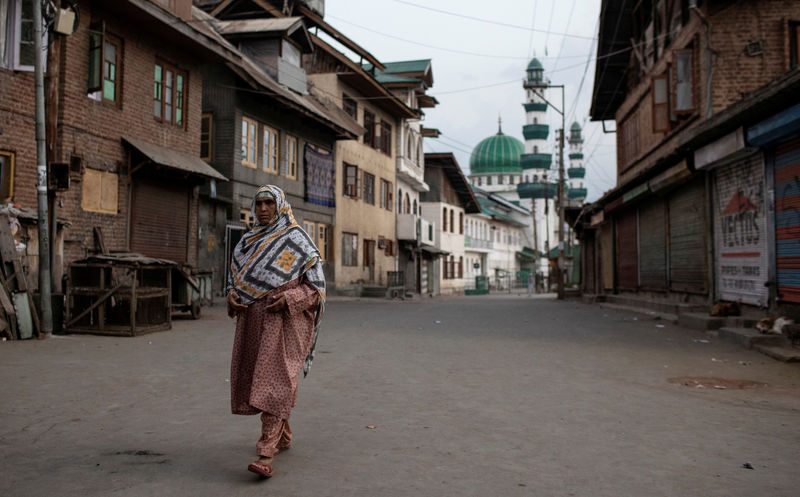 SRINAGAR (Reuters) – India said on Saturday it would partially restore mobile phone services in Kashmir on Monday, more than two months after it imposed a communications clampdown in the Himalayan region before stripping it of its special status.

Rohit Kansal, principal secretary of the Jammu and Kashmir government, said that “all post-paid mobile phones” will be restored and be functional from 12 noon on Oct. 14. The move will apply to all 10 districts of the Kashmir valley, he told a press briefing in Srinagar on Saturday.

Prime Minister Narendra Modi’s government cut off telephone and internet lines in Jammu and Kashmir ahead of revoking the state’s special rights on Aug. 5, striking down long-standing constitutional provisions for the Muslim-majority region that is also claimed by neighboring Pakistan.

Before that decision, Indian authorities also made mass arrests in Kashmir, including of political leaders and activists, evacuated tourists, and flooded the region with troops, citing possible militant attacks by Pakistan-backed groups – assertions that Islamabad has rejected.

The communication restrictions have hit people’s access to healthcare and services and rights groups have been calling for them to be removed. In August, United Nations experts termed the curbs “a form of collective punishment.”

The restrictions have gradually been eased. Landlines were allowed to operate last month, and an advisory asking tourists to not travel to the region was lifted earlier this week.

While internet remains blocked, Kansal said internet kiosks were being set up, some specifically for tourists.

He also said travel restrictions had been lifted from “more than 99%” of the state. But checkpoints remain in place and communication restrictions have made reporting from the region difficult.

Protests have flared in Kashmir despite the curbs, and critics say India’s move will alienate Kashmiris further and fuel armed resistance.

Locals have resisted attempts by authorities to show things are back to normal, with many keeping their shops closed while students and teachers have largely stayed away from schools.

India said the restrictions were aimed at preventing protests and unrest in Kashmir, where it has been fighting multiple insurgencies for decades.

“Credible inputs continue to be received of the likelihood of large scale terrorist attacks, sponsored by forces inimical to the nation and from outside its borders,” Kansal said.

Tiemoue Bakayoko 'prepared to take 50 per cent wage cut to...