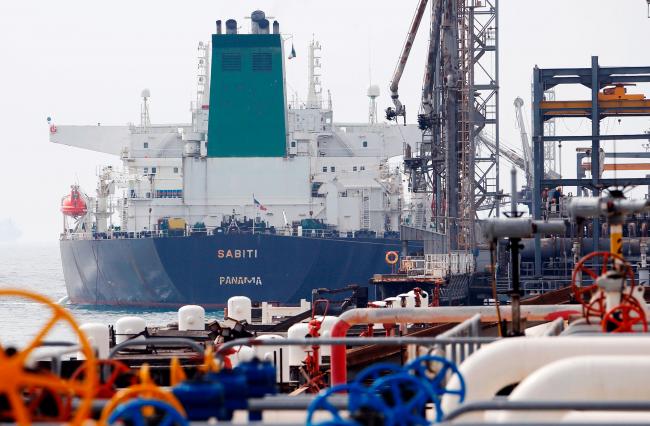 (Bloomberg) — Iran said missiles struck one of its tankers in the Red Sea, the latest in a series of attacks on oil infrastructure in the region that have roiled energy markets.

The incident, which caused an oil spill and a jump of as much as 2.6% in crude prices, comes weeks after a devastating attack on major Saudi oil facilities that the kingdom blamed on Iran. Tensions have been rising steadily in the region since U.S. President Donald Trump unilaterally withdrew from an international nuclear deal with Tehran and imposed harsh sanctions on the Islamic Republic.

“The market has been entirely too complacent given that we are one security incident away from a war,” said Helima Croft, chief commodities strategist at RBC Capital Markets.

The Sabiti, a tanker capable of carrying 1 million barrels a of crude, was damaged on Friday near the Saudi port of Jeddah after being hit by suspected missiles, Iranian state media said. The explosions on the tanker occurred between 5:00 and 5:20 a.m. local time damaging two of its main oil tanks, the Islamic Republic News Agency reported.

A spokesman for the National Iranian Tanker Company, initially said in a call with Iran’s Press TV that the missiles probably came from the direction of Saudi Arabia. NITC later withdrew that claim in a statement.

The ship was hit twice within a 30-minute interval from the east of the Red Sea near its crossing route, Foreign Ministry spokesman Abbas Mousavi said on Telegram.

After initially saying the spill from the tanker had been halted and the damage minimized, the Iranian oil ministry’s Shana news service said crude was again flowing into the Red Sea. No one has provided any assistance to the damaged ship, Al-Alam news channel reported citing Nasrollah Sardashti, head of NITC.

Although so far all sides have said they want to avoid war, the possibility of a wider conflict in the region has raised the risk of a disruption. In an interview with CBS’s “60 Minutes” last month, Saudi Crown Prince Mohammed Bin Salman warned that conflict between his country and Iran would lead to a “total collapse of the global economy” and should be avoided.

The Foreign Ministry of China, which gets a significant proportion of its oil imports from the Persian Gulf, urged restraint on Friday in order to safeguard peace and stability in the area.

Oil prices jumped above $60 a barrel in London after the attack. Despite the growing risk to Middle Eastern supplies, crude prices have been depressed by fears of an economic slowdown due to the U.S.-China trade dispute. Brent is still lower than it was before the Sept. 14 drone and missile strikes on Saudi Arabia’s Abqaiq and Khurais oil facilities last month that briefly cut global supplies by 5%, the worst sudden disruption in history.

The Sabiti was fully laden with crude and heading toward the Suez Canal and the Mediterranean Sea, according to Florian Thaler, an oil strategist at vessel-tracking company Signal Ocean. On it’s previous voyages it has carried Iranian crude to the East Mediterranean he said.

The Saudi Ports Authority confirmed that an incident involving a tanker had occurred near the port of Jeddah overnight, but was unable to verify if the vessel was Iranian, according to a press officer.