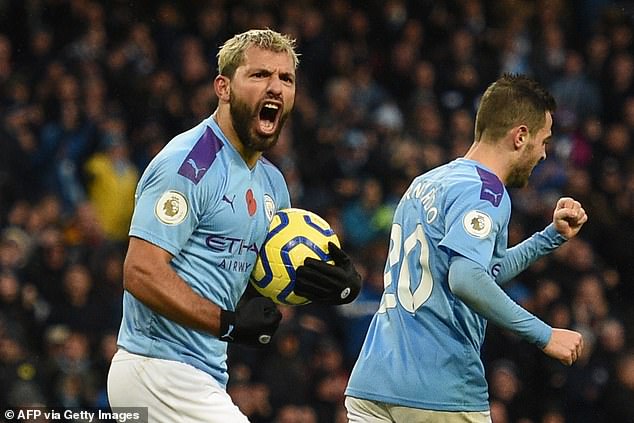 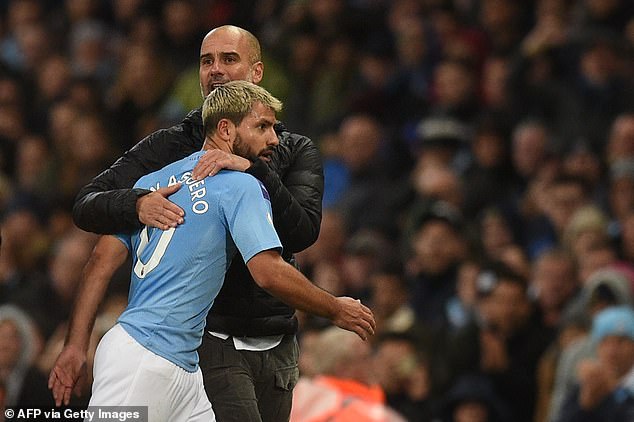 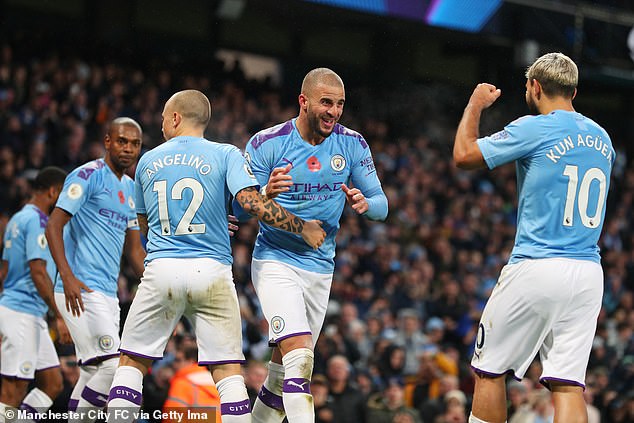 Sergio Aguero has vowed he and his Manchester City team-mates are ready to ‘fight until the very end’ in their Premier League title battle with Liverpool.

City visit Merseyside on Sunday in the biggest match of the season to date, with high stakes all round.

A home victory would see the table-topping Reds stretch the gap between the sides to nine points, while success for Pep Guardiola’s men would halve the current deficit to three.

City would need to halt a sorry sequence at Anfield to achieve the latter result, having last won there in 2003, but regardless of who takes the spoils this weekend, Aguero has no doubt his side will push all the way in pursuit of a third successive Premier League trophy.

‘We’ll fight until the very end, it’s my personal philosophy and a motto of this football club,’ the Argentinian told the club’s official website.

‘We’ve made it abundantly clear last year, holding the lead during that gruelling home stretch. This season didn’t start off the way we wanted it to, and some of the results we’ve had weren’t the ones we set out to achieve.

‘However, there’s a quite a bit of road ahead of us. It certainly won’t be easy, but who said it would ever be?

‘We have to trust our game, give our utmost effort, and, just like usual, fight until the very end.’

City will be without first-choice goalkeeper Ederson for the match, with Claudio Bravo set for his first league appearance in 18 months, while injuries have also disrupted Guardiola’s defence and midfield this season.

Things have been less complicated up front, with Aguero fit and firing to the tune of 13 goals in all competitions to keep Brazil international Gabriel Jesus in a supporting role for much of the campaign.

‘He was born scoring goals and will die scoring goals. He is an exceptional player,’ said Guardiola of City’s record scorer.

‘But we have two incredible strikers. He has qualities that are different from Gabriel but I’m so delighted with both of them.’