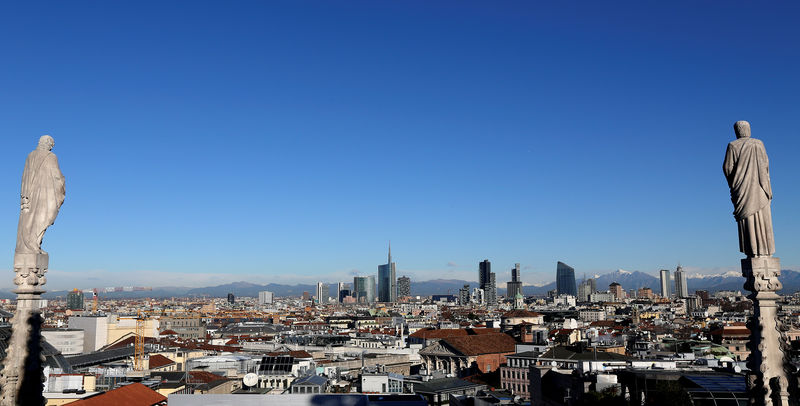 MILAN (Reuters) – Mediobanca’s third-biggest investor Leonardo Del Vecchio called for it to get bigger through acquisition on Friday, stepping up his questioning of the Italian merchant bank’s strategy.

The 84-year-old billionaire bought a 7% stake in Mediobanca last month, stunning corporate Italy and raising questions over its future before it presents a new business plan in November.

Del Vecchio, who founded spectacles maker Luxottica in the 1960s, told Business Insider Italia, that Mediobanca was too small, having missed out on a number of possible deals.

“Mediobanca has already wasted several opportunities, it must become bigger. When opportunities for growth present themselves you must jump on them,” he was quoted as saying.

He invited Mediobanca on Wednesday to build up its investment banking business and rely less on contributions from consumer credit and its most prized asset – Italy’s top insurer Generali (MI:GASI), in which both Mediobanca and Del Vecchio are shareholders.

Chief Executive Alberto Nagel has steered Mediobanca away from its historic role as a financial holding company, boosting the bank’s consumer credit and wealth management businesses through a number of mid-sized acquisitions. It bought French boutique merchant bank Messier Maris & Associes in August.

However, last month Mediobanca decided against acquiring Julius Baer’s Italian subsidiary Kairos after examining it as a potential target.

A source familiar with the situation said on Wednesday Del Vecchio wanted to change Mediobanca’s governance rules to ensure he has a say in the choice of the next chief executive when Nagel’s mandate comes up for renewal next year.

The bank’s bylaws state that the CEO must be picked from among managers who have been with the bank for at least three years, effectively excluding outsiders.

Del Vecchio told Business Insider Italia that changing Mediobanca’s bylaws “would not be much help.”

Sources also have not ruled out Del Vecchio further raising his holding to more than 10%, a threshold which can only be surpassed with approval from the European Central Bank.