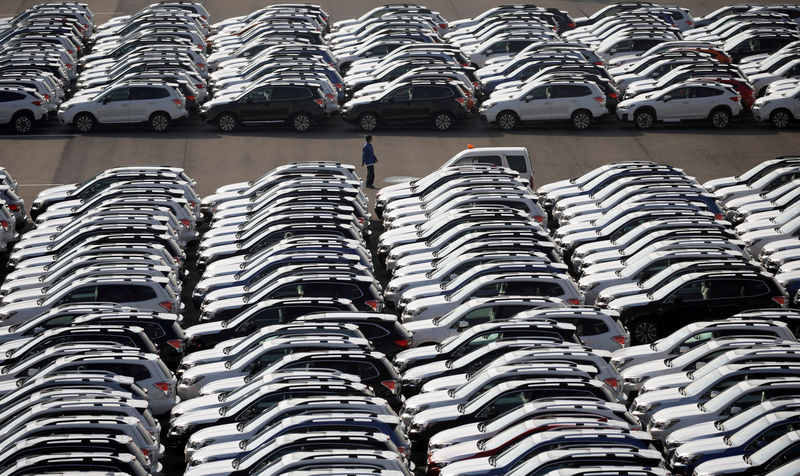 TOKYO (Reuters) – Half of Japanese companies have seen their profits hurt by the U.S.-China trade war, although few firms are planning to shift operations or supply chains out of China yet, a Reuters poll found.

The Reuters Corporate Survey highlights the worsening collateral damage to global trade, beyond the immediate China-U.S. relationship, from the tariffs Washington and Beijing have slapped on each other’s goods.

The trade war between the world’s two biggest economies and a related global slowdown are hurting output and exports in Japan. Manufacturers’ confidence hit a six-and-half year low in September, the Reuters Tankan poll found on Thursday.

Washington and Beijing imposed new tariffs on Sept. 1 in the latest escalation, though financial markets maintain hope for a breakthrough from talks that are to resume mid-month.

The Reuters survey showed 45% of Japanese firms have had their profits affected to some extent by the U.S.-China tariffs, while 6% have been greatly affected. Some 42% of firms said they have hardly been hit, and 7% see no impact at all.

That is worse than a similar Reuters poll last October that found just one-third of Japanese companies hit, with 58% of Japanese firms hardly affected by the trade war and 8% seeing no impact.

The latest survey, conducted Aug. 29-Sept. 9 for Reuters by Nikkei Research, canvassed 504 big and midsize companies, of which 250 responded on condition of anonymity to speak freely.

“I’m concerned that (the trade war) could trigger a global depression,” wrote a manager at an electric-machinery maker, responding to questions in the survey.

A retailer also cited fears of a recession, which the manager said could hurt sales to Chinese tourists – a strong source of growth for Japan’s longest postwar expansion – and badly affect the establishment of new businesses in China.

“I strongly hope that the U.S.-China confrontation is resolved quickly as it is a destabilizing factor for global economy and weighing on business sentiment,” wrote a manager at a machinery maker.

Despite the damage so far, just 11% of Japanese firms said they are considering moving their business bases or supply chains out of China. About half said they had no specific plans to move out of China.

However, since more than one-third of companies said they have no related business in China, the proportion of companies active there that are considering moving is relatively higher.

Asian countries outside China were by far the most popular destination for companies relocating, followed by those bringing operations home to Japan, with North America and Europe lagging behind as destinations, the survey showed.

Tyson Fury vs Deontay Wilder could be the first fight at...