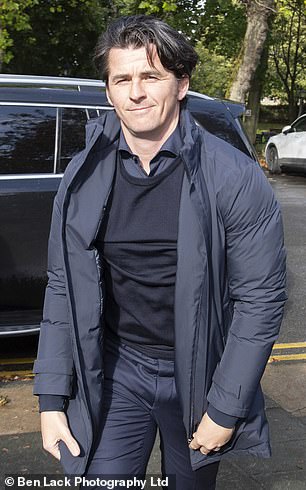 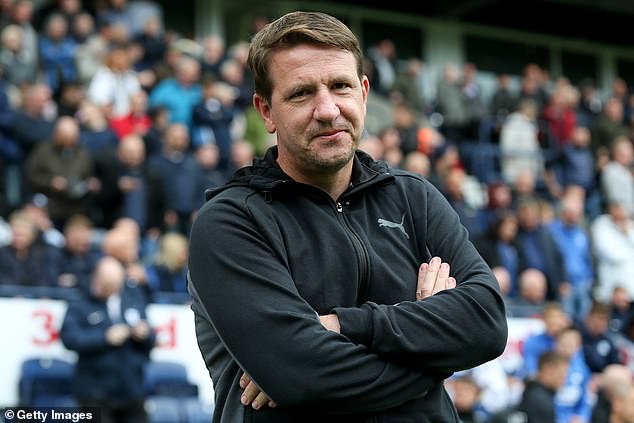 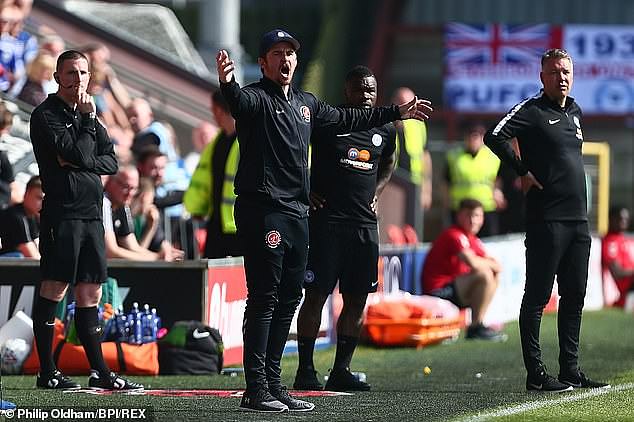 Joey Barton played for Man City and Newcastle during his playing days. He is now manager of Lancashire outfit Fleetwood

The Fleetwood Town manager, 37, is accused of pushing the former Barnsley boss Daniel Stendel, 45, into the side of the tunnel following last season’s match between the two teams.

Prosecutors claim that Barton jogged after Stendel and delivered a deliberate forceful push following a row at the end of the two teams’ game in April.

Prosecutor Siobhan Doran told the court: ‘Mr Stendel’s impression was that he was pushed from behind with sufficient force to push him into a metal pole supporting the tunnel and he took the full impact on his face.’

Barton spoke only to confirm his name and give his address and to plead not guilty to a single charge of assault occasioning actual bodily harm.

At the start of the hearing Barton made an application to have his address kept secret from the court because he has suffered threats which came in to his club.

District judge Joanne Hirst said she was referring the case to Sheffield Crown Court because if there was a guilty verdict she may not have sufficient sentencing powers.

Witnesses said Mr Stendel had blood pouring from his face after the game.

He was left with a damaged upper incisor tooth and may require a crowning following ongoing dental treatment.

Stendel, originally from Frankfurt, Germany, made a complaint to the Football Association and the English Football League over the alleged attack.

Barton ’emphatically denied’ wrongdoing in a statement posted on Twitter a week after the incident.

He posted: ‘With regards to the alleged incident on Saturday following our game against Barnsley, I emphatically deny all the allegations made.

‘Given this matter has not been formally closed, it would be inappropriate for me to make any further comment.’

The Fleetwood job is Barton’s first managerial position, and the club are currently flying high in third place in League One after finishing last season in 11th place.

Ex Hamburg striker Stendel has just left Championship side Barnsley and has been linked with the vacant manager’s job at League One Sunderland.

Ask Crouchie! Our resident columnist is back to answer YOUR questions…...

A decade ago Nick Pope was working in Next after being...