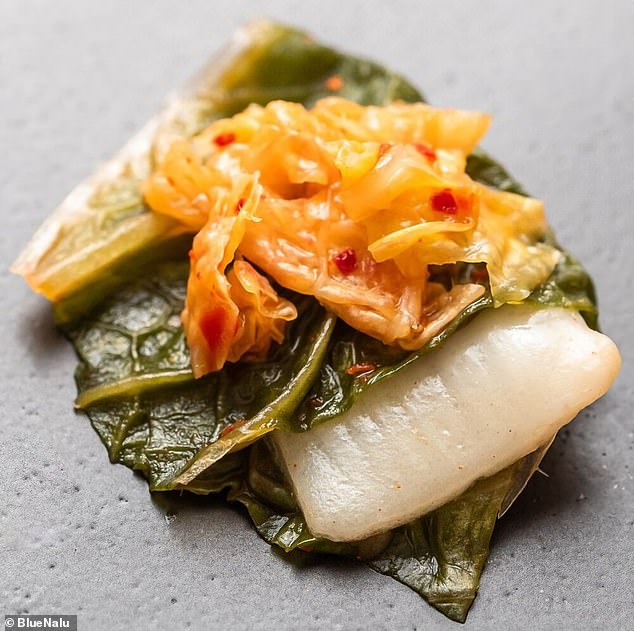 BlueNalu is a startup in San Diego that produces seafood in a laboratory, using real muscle tissue cells taken from anesthetized fish in a stem cell mixture to create lab-grown seafood 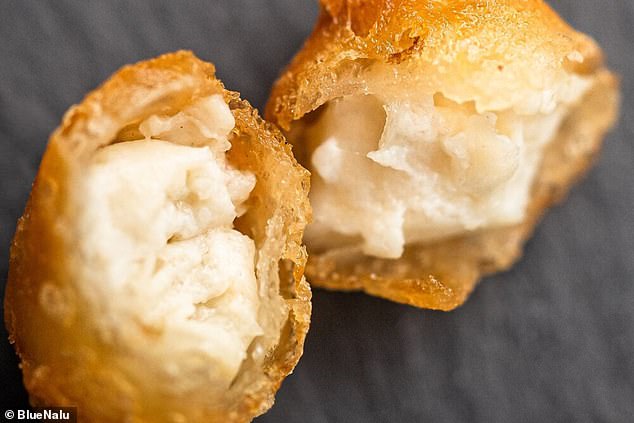 Unlike other seafood alternatives, BlueNalue says its yellowtail amberjack can hold up to almost any cooking technique, whether a ceviche or high heat broiling, without falling apart

Unlike the Impossible Burger, BlueNalu’s yellowtail amberjack isn’t made from plant products but instead grown from real fish cells and in a bioreactor, and then 3D printed into a filet shape

A San Diego startup has secured $20million in Series A backing to expand its lab-grown seafood business as an ethical and sustainable alternative to commercial fishing.

The funding will help BlueNalu build a production facility and begin a new pilot program that will bring its product one step closer to market.

Unlike other recent meat replacements, like the plant-based Impossible Burger, BlueNalu’s seafood products are grown from muscle tissue cells taken from real fish.

‘When we started this company, there was very little available science on the long-term propagation of fish muscle cells and no reliable culture protocol,’ Dammann told the San Diego Union-Tribune.

‘To create a whole-muscle product from fish cells that are grown without genetic modification required considerable innovation.’

BlueNalu’s main product so far is yellowtail amberjack, which unlike other alternative seafood products can withstand a wide range of cooking techniques and preparations.

‘Our medallions of yellowtail can be cooked via direct heat, steamed or even fried in oil; can be marinated in an acidified solution for applications like poke, ceviche, and kimchi, or can be prepared in the raw state,’ CEO Lou Cooperhouse said.

The yellowtail is produced by first extracting a muscle tissue from a live, anesthetized fish.

The sample is treated with stem cells and enzymes, then placed in a bioreactor, where the cells are fed by a nutrient rich solution of vitamins, salts, lipids, sugar, plant proteins, and amino acids that causes the original cells to begin replicating.

The fish cell solution is then spun in a centrifuge to separate the newly grown tissue from excess fluids and other waste material.

The cells are then combined with a finishing solution, called ‘bio-ink,’ and run through a 3D printer, which molds them into a filet shape.

Dammann believes the convenience of not having to deal with bones or scales or cleaning out internal organs will help consumers get over any stigmas they might have about eating something that came from a laboratory.

‘We are not any more “lab-made” than ketchup or Oreos,’ he said. ‘They all started in a lab.’