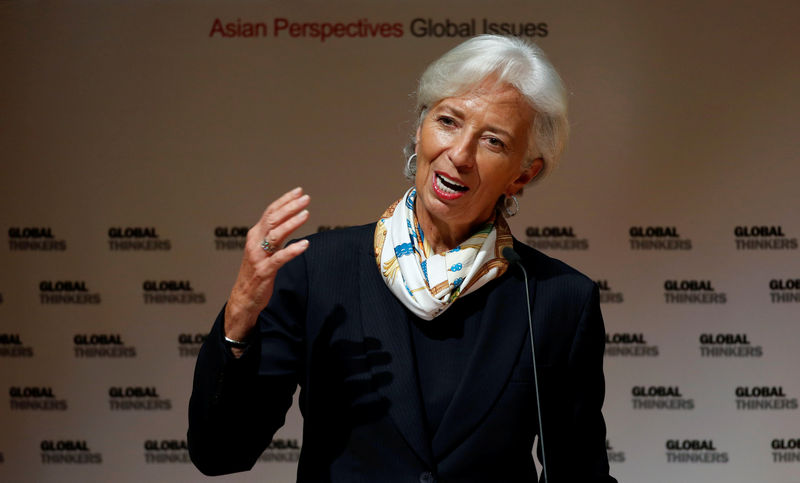 (Bloomberg) — Explore what’s moving the global economy in the new season of the Stephanomics podcast. Subscribe via Pocket Cast or iTunes.

The European Central Bank starts a new era on Friday when Christine Lagarde becomes the institution’s first female president — and for now its sole female policy maker. She’ll be the only woman on the Governing Council for the next few weeks, until Sabine Lautenschlaeger’s successor is appointed to the Executive Board, which designs and implements euro-zone monetary policy. Lagarde is used to it though — she’s already blazed a trail as the first woman to become French finance minister, and the first to run the IMF.