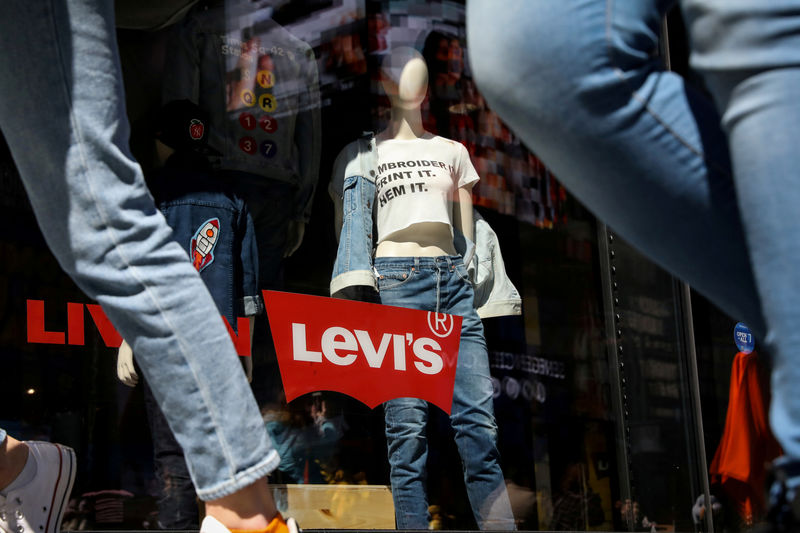 (Reuters) – Levi Strauss & Co (N:LEVI) reported a 4% drop in third-quarter profit on Tuesday, as the denim apparel maker struggled to grow its wholesale business in the Americas, where it generates most of its revenue.

Reduced shipments to off price stores and the impact of a delayed acquisition of a South American distributor drove net revenue down about 3% in the region, the first fall since the 165-year-old company went public in March.

“U.S. wholesale was challenged… particularly the legacy department stores and chain stores, where (the) much publicized traffic declines have negatively impacted our business,” Chief Executive Officer Chip Bergh said in an interview with Reuters.

The deteriorating retail landscape has forced longstanding brick-and-mortar chains, including J.C. Penney Co Inc (N:JCP), to explore options, as they struggle to boost the profile of their e-commerce business to rival established player Amazon.com Inc (O:AMZN).

Bergh said Levi’s has been selling less to off price retailers, including TJX Cos Inc’s (N:TJX) T.J. Maxx and Ross Stores (O:ROST).

“We do not make products for that channel the way other apparel manufacturers do. We only sell to that channel… the distressed inventory that we’re trying to clear… we don’t think its good for the brand,” Bergh said.

Levi’s results were also hit by a delay in the acquisition of its South American distributor, which includes 80 retail stores across the markets of Chile, Peru and Bolivia, and is now expected to close in the first quarter of 2020.

The company has also been investing in its online and retail business, while expanding in China, Brazil and India among other markets to make up for slowdown in its wholesale business at the cost of lower profits.

Overall, the wholesale business grew only 1%, drawing strength from Europe and Asia.

Gross margin declined 20 basis points due to the impact of stronger dollar.

Still, third-quarter revenue came above Wall Street estimates, as the blue-jeans maker benefits from a resurgence of the denim trend and its move to sell directly to customers in stores and online than through wholesalers.

This helped revenue in Europe and Asia rise about 14% and 9%, respectively.

Net revenue rose 3.8% to $1.45 billion, compared with the average estimate of $1.44 billion projected by analysts, according to IBES data from Refinitiv.

Counties push back on proposals to launch regionalised Championship this August...