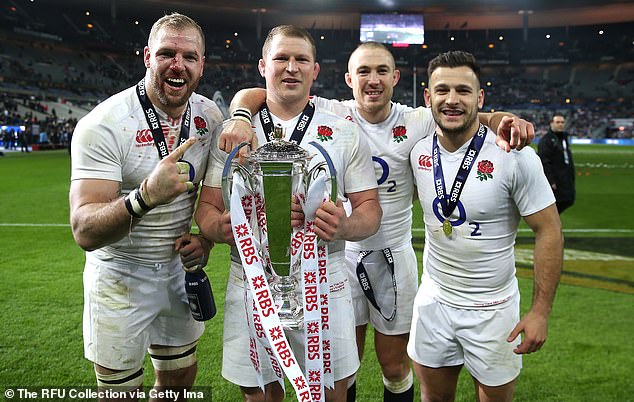 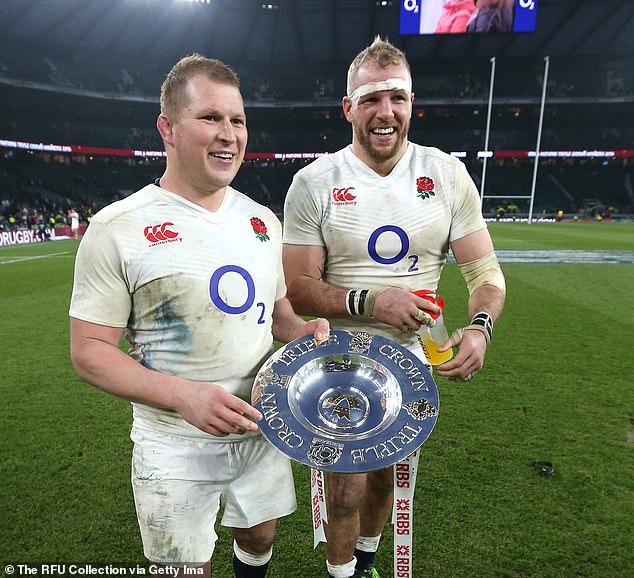 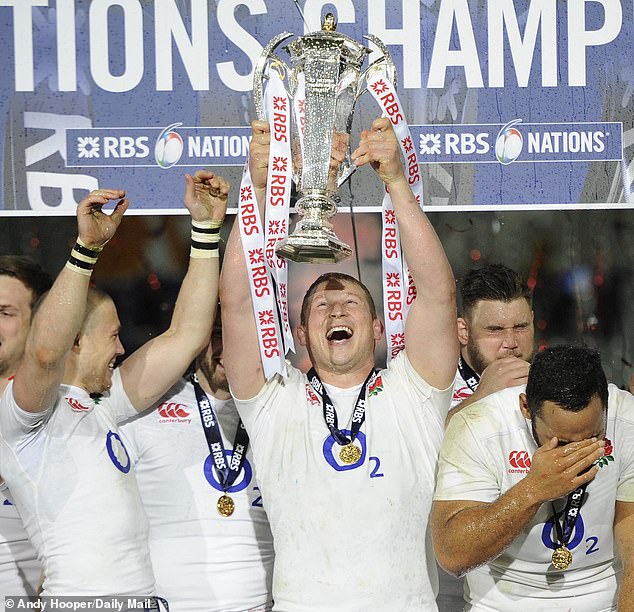 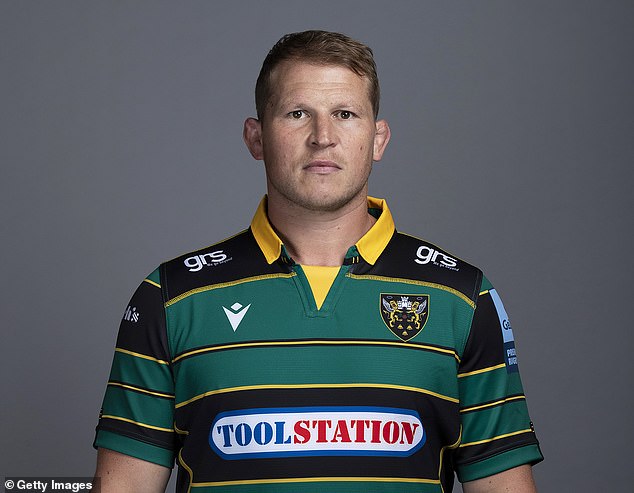 Pictured ahead of the start of this season, Hartley made 251 appearances for Northampton 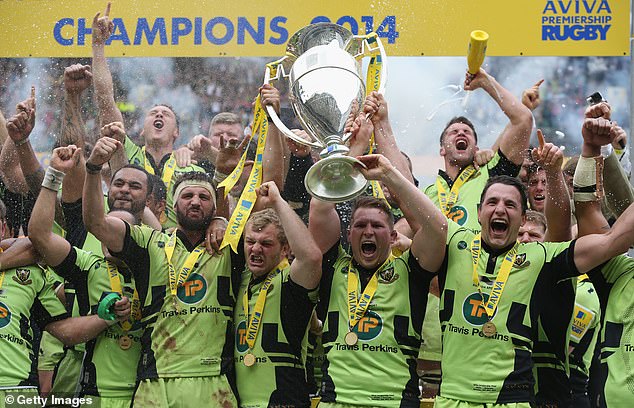 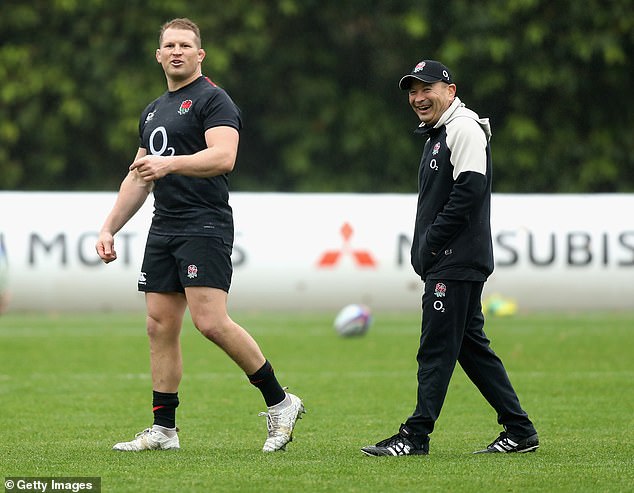 The reaction to my retirement on Thursday was a bit overwhelming.

My phone erupted. I sat in my car in the middle of a paddock and had this outpouring of congratulations. For most of my career I kept my guard up because I split opinion. I got trolled quite a bit so to have people saying all these nice things to me made me feel very proud.

Retirement all happened pretty quickly. I started having formal conversations three weeks ago. Physically I wasn’t getting what I wanted and mentally it was quite tiring.

I thought: ‘I’m 33… what is my end goal here?’ Once I put that announcement out it was a weight off my shoulders.

There’s no more whispering in corridors now and I can just get on with my life.

I don’t know what’s around the corner. I’m excited about the opportunities that may arise. Rugby has been my life for the last 17 years, so I’d like to keep a foot in it, but I’m excited about what doors will open in the big wide world. It’s time to become a grown-up.

You become institutionalised in rugby. I loved being in that environment and I’ve been on a payroll for the last 16 years of my life, so it is scary. I faced challenges and struggles throughout my career and this is just a new challenge. I’ll get stuck into it. Northampton’s got a special place in my heart so I’ll always keep time free for the club. My family have roots here now so we’re not going anywhere.

My immediate focus is on the team. My energy hasn’t been the best during my rehab so I want to work with the hookers — at least the ones that want to work with me — on their throwing. I’ll make myself available to any of the younger guys as a mentor.

I haven’t had the most distinguished career, but I’ve had a lot of experiences and learned a lot along the way.

I spoke to the squad on Thursday and said I’ll do whatever I can to help them along their journey to the top.

I’ve loved what I do but it’s not until you finish that you appreciate it. The reason I was so resilient, and forged a career with little athletic ability was my mindset and my work ethic. The highest point of my career was winning the Premiership with Northampton in 2014.

The years of building, defeats, heartbreak, suspensions, set-backs all paid off. I loved playing for England but winning a Premiership title with the guys that you grind with every day, your community, is the best thing you can ever do.

There were low points, too, for sure. Every time you get suspended is tough but the last nine months have been the toughest of my career. I was playing good, regular rugby until we faced Newcastle at home in my 250th game in December. My knee has not been right since. It was always one step forwards, two steps back. You set dates and targets and they keep moving back. It’s draining. When you can’t walk properly, it affects your mood and your sleep.

My dream was to go to the World Cup with England but that never happened. When I arrived in England as a chubby teenager from New Zealand, I’d have never have imagined that to even be possible.

How I’d like to be remembered and how I will be remembered are probably two different things. People will make their own minds up. Hopefully I’m seen as someone who always gave 100 per cent.

'I'll look back at the season… there will be time to talk': Atletico Madrid goalkeeper Jan Oblak stays coy over his future amid links...

'He wants to be surrounded by world-class players': Robin van Persie urges Arsenal to bring in top talent to convince Pierre-Emerick Aubameyang he should...