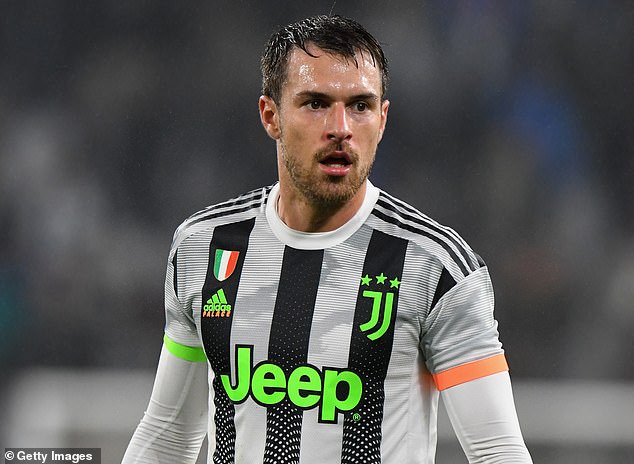 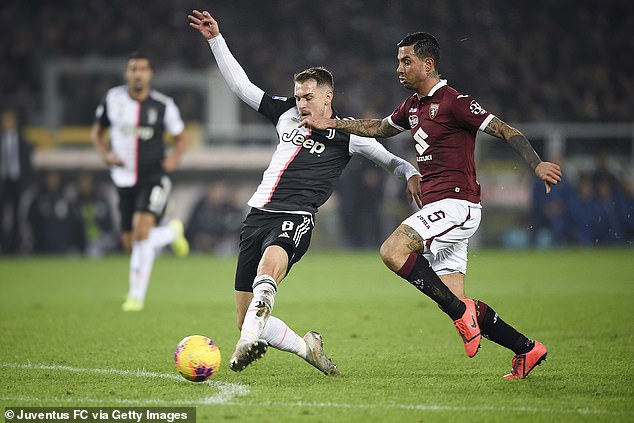 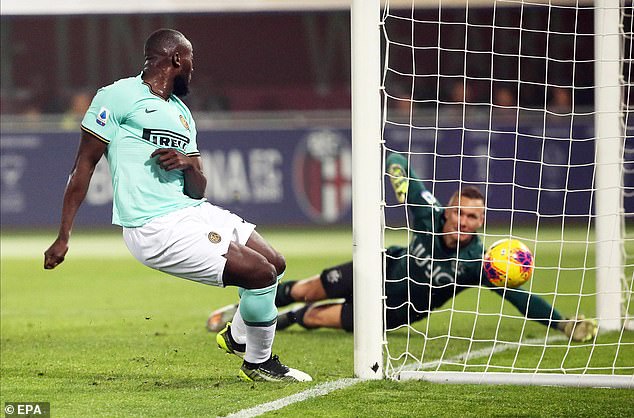 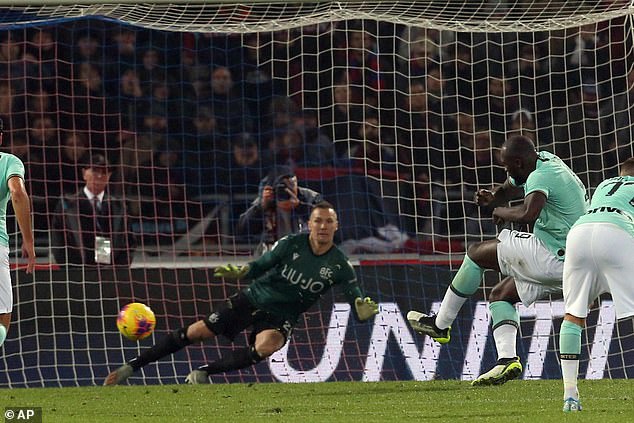 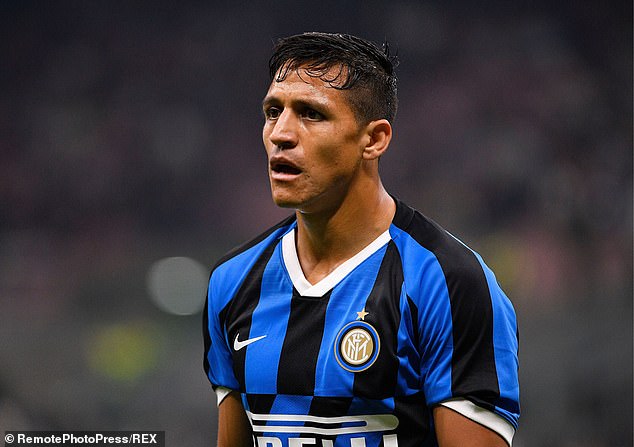 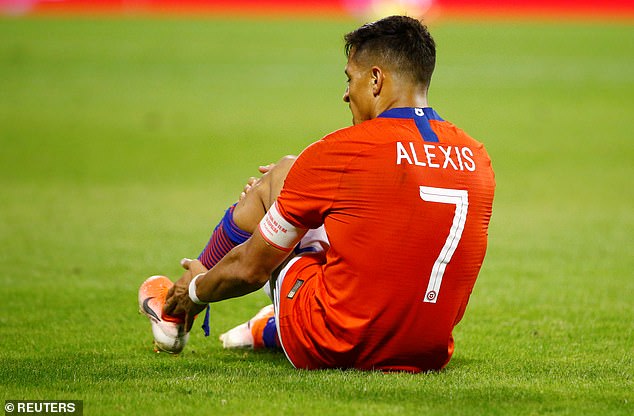 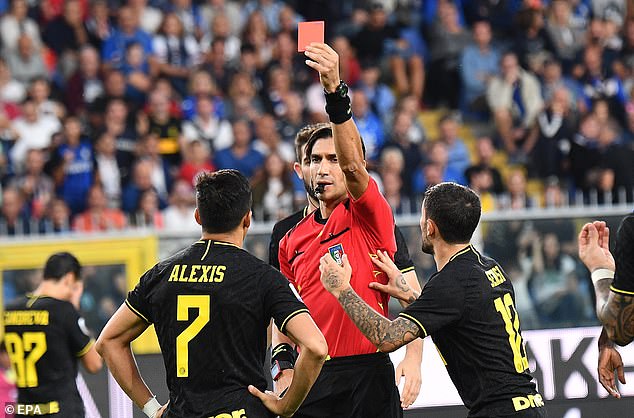 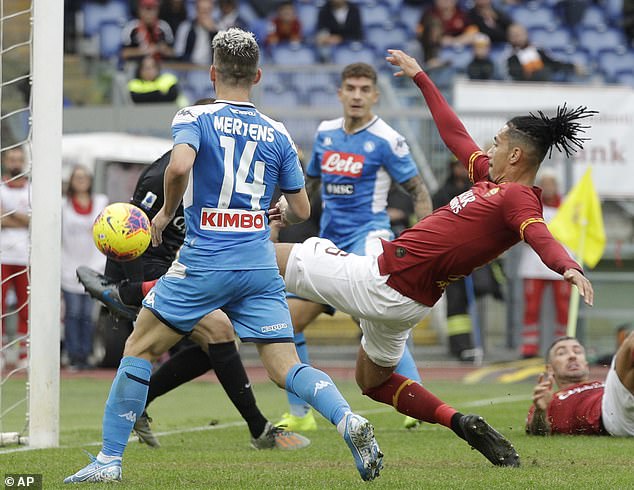 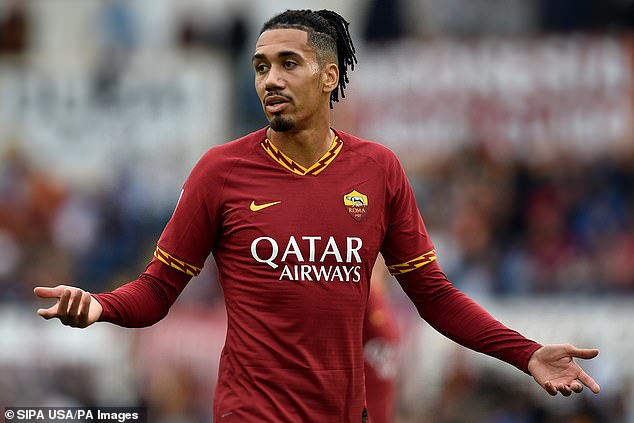 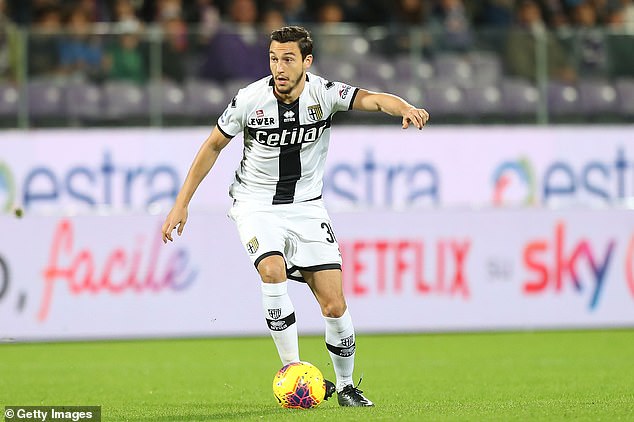 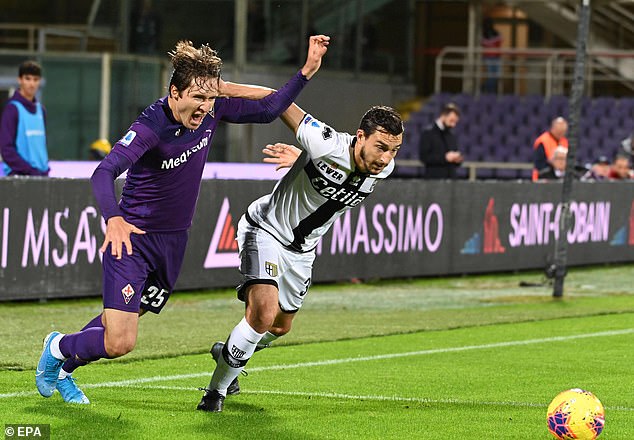 We’re 11 games into the Serie A season, and the table has begun to take shape. Some managers have already been discarded and others are taking the division by storm.

Their high-profile Old Trafford exits (albeit with Sanchez and Smalling on season-long loans) were preceded by Aaron Ramsey’s move, on a free transfer, to Juventus.

They all arrived in Serie A with different points to prove and it’s fair to say they’ve enjoyed very different fortunes since getting to their new clubs.

A few months into the season, Sportsmail thought we’d take a look at their how their Italian jobs have gone so far, with the help Alvise Cagnazzo, our football journalist in Italy.

‘Ramsey is back from a period of inactivity and he played well in derby against Torino. I make the changes to the eleven starting if the players available are of quality. Juventus players are of great quality and Ramsey is a great midfielder, and therefore will play a key role at the club.’

Those are the words of Juventus manager Maurizio Sarri.

Ramsey came on as a substitute in the ‘Derby della Mole’ at Torino and showed strength and courage on the ball.

Constantly fighting and running, he can be an extraordinary weapon in Sarri’s preferred 4-3-1-2 formation. Playing behind two strikers, Ramsey is an increasing presence in attack.

The only concerns remain around his fitness. If the Wales international maintains this then he will be part of Juventus’ Champions League squad for the knockout stages. If he can’t then he will unregistered with Emre Can the beneficiary.

Juventus goalkeeper Wojciech Szczesny, who also played alongside Ramsey at Arsenal, has always praised the 28-year-old. ‘I spoke to Aaron [about coming to the club]. I told him that for me it was a pretty clear choice: when Juve wants you, you come to Juve. It will help the club win in Italy and in the Champions League.’

The Welshman will be hoping this week’s goal at Lokomotiv  Moscow – poached from an unhappy Cristiano Ronaldo – will be the start of a happier spell.

The front page of Gazzetta dello Sport led with the headline ‘Gigante Lukaku’ following Inter’s 2-1 win at Bologna on Saturday.

He’s enjoyed a stellar start to the season – scoring nine goals in 11 games His discipline has been exempt with no yellow or red cards.

He demonstrated his quality at the weekend with a crucial brace to earn Antonio Conte’s side all three points against Bologna.

The Belgian striker showed his predatory instincts with a tap-in on 75 minutes before keeping his cool to score an injury-time winning penalty.

Speaking after the match Conte said: ‘Lukaku scored two goals but he also worked for the team, it is important’.

If the 26-year-old maintains this rhythm, he could also surpass Gonzalo Higuain’s record haul of 36 goals from a single Serie A campaign. The Argentine managed that feat at Napoli and shares the record with Gino Rossetti who achieved that in 1928-29 with Torino.

Conte has always been clear in his view that Sanchez is a ‘big player’ but ‘at Inter, he will have to forget the negative years in England’.

However, any chance he has had to repay his manager’s faith has been halted by ankle injury sustained on international duty with Chile.

The maligned Manchester United forward has adapted quickly to Italy – having played in Serie A previously with Udinese.

His minutes at the San Siro were already limited and his injury has ruled him out until the New Year. It is unclear wtherer or not Inter will commit to making his loan a permanent deal next summer.

Conte said: ‘We have a few options in attack. Sebastiano Esposito is young while Romelu Lukaku and Lautaro Martinez are guaranteed action.’

If Sanchez fails to recover in time from his injury, then a new forward in the January window will be Inter’s priority.

Smalling is a perfect as Rome’s defensive leader. Against Napoli, he saved them with brilliant acrobatics to stop a Giovanni Di Lorenzo header. Throughout the match he managed to halt Napoli’s brilliant attack of Arkadiusz Milik, Dries Mertens, Jose Callejon and Fernando Llorente too.

For manager Paulo Fonseca, the England international is the new totem of their defence. So far in Serie A, he is yet to be beaten by any striker.

Manchester United could bring him back to England at the end of the season, in eight months time. Kostas Manolas, who joined Napoli from Roma this summer, is a distant memory for fans – such is the impact Smalling has made. Roma have showered the 29-year-old with affection and dedicated a tweet to him about his veganism too.

Against Napoli, Smalling scolded his team-mates and suggested defensive movements to colleagues.

Despite impressing in the Italian capital, it’s clear that he is still thinking about United. ‘I like Rome, I love the club but I don’t forget my Manchester United,’ he said.  Fonseca and Sporting Director Gianluca Petrachi will do everything to convince Smalling to stay in Rome, but the player’s will seems to be to return to Manchester.

Smalling is the head of the defence for Fonseca and the beacon of every offensive action from there.

According to the statistics, the former Fulham man is the best defender of the Serie A together with Milan Skriniar and Kalidou Koulibaly for successful defensive interventions.

Parma are not Manchester United and the player has not yet won a leadership role at the club.

Against Fiorentina he played right back in a very balanced 4-3-3, with the players setup more defensively than originally thought. However, they earned a point in a 1-1 draw. In that match Darmian showed a lot of effort but little quality. It is evident though that he is not as precise as he was when he was younger but he still runs and fights for balls.

Parma manager Roberto D’Aversa is remaining patient with the Italy international. If they manage to avoid relegation then credit will go towards Darmian who remains a serious and professional player.

The 29-year-old is perfect defensively but has failed in helping Parma’s attacking play. This is something he must improve on as he stifled D’Aversa’s side going forward at Fiorentina.