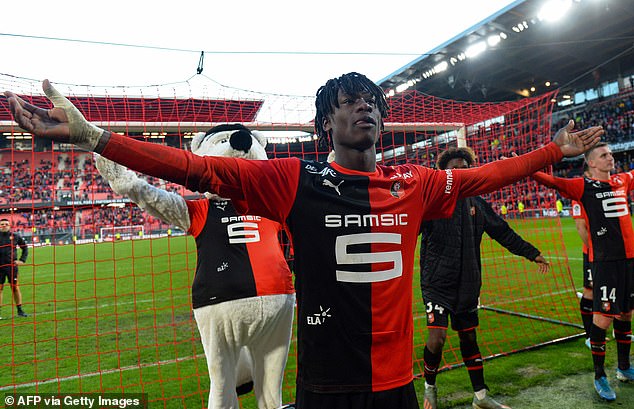 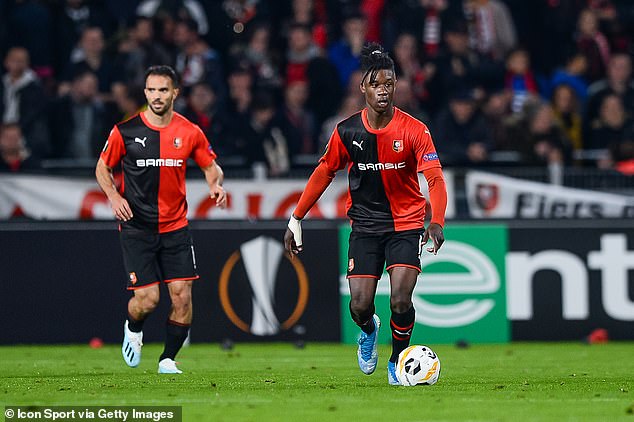 Manchester United are reportedly one of a number of big clubs interested in signing young Rennes star Eduardo Camavinga.

The 17-year-old, who has been part of Rennes’ system since the age of 11, has become a first team regular, starting all 13 of his side’s Ligue 1 games this season.

Regarded as one the brightest prospects in French football, Camavinga’s performances have already caught the eye of the likes of United, Barcelona and Atletico Madrid, according to L’Equipe.

The French outlet also claim it will take a bid in the region of £26million if Rennes are to let the midfielder go.

Camavinga has primarily been used as a defensive midfielder during his senior career but his technical and physical attributes have earned him comparisons with Manchester United and France star Paul Pogba.

He is in the process of gaining French nationality, having moved to the country from Angola when he was six, and his excited youth coaches believe he has what it takes to one day be even more influential in the national team’s midfield than Pogba and N’Golo Kante.

And in a connection to another of France’s senior stars, Camavinga has the same agent – Moussa Sissoko – as Barcelona winger Ousmane Dembele.

Demebele also started his career at Rennes, coming through the ranks before moving to Borussia Dortmund in 2016 and then Barcelona in a deal worth up to £135.5m a year later.

Foam of Champagne, five flavours of butter and 'different structures of...

'I think Man United is attractive for any young player out...