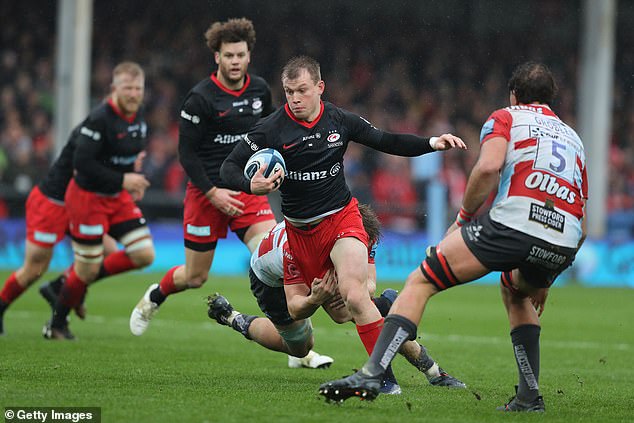 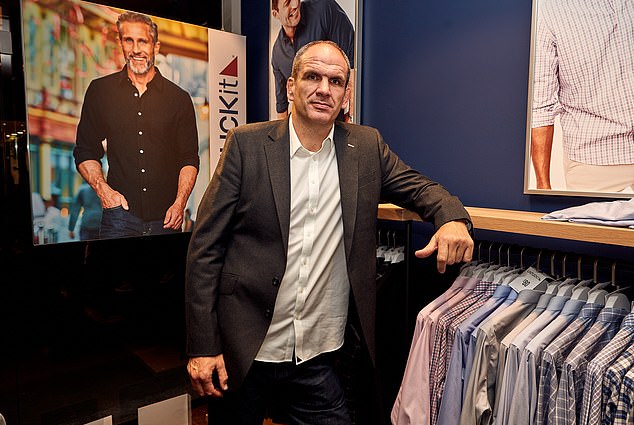 England’s World Cup winning captain Martin Johnson has suggested Saracens’ breach of the Premiership salary cap should not diminish the many ‘admirable’ things they have done to help rugby in this country.

The all-conquering side were docked 35 points and fined £5.36million, the biggest sanction in Premiership history, after it was ruled they had ‘failed to disclose payments to players’ and ‘exceeded the ceiling for payments to senior players’ between 2016 and 2019.

Saracens are appealing the decision which came after a Sportsmail investigation into co-investment arrangements between owner Nigel Wray and star players including Owen Farrell, Maro Itoje and Billy and Mako Vunipola.

Johnson, who spent his club career at Leicester, revealed that ‘rumours’ about potential salary cap breaches had been circling since its introduction in 1999.

The retired second row insisted Saracens deserve to pay for breaking the rules. But he suggested their contribution to English rugby should not be overlooked.

‘If they’ve broken the rules, and you’re guilty then basically you have to face the consequences,’ he told Sportsmail.

‘Ultimately it’s a (£7m) Premiership salary cap – agreed between themselves – so if someone has broken their own internal rules, then I suppose they have to face the internal punishment.’

He added: ‘I get it that everyone is upset, we’ll see what happens. Ultimately, they’ve done a lot of things that are pretty admirable for the English game in terms of producing players. And that’s not about how much they pay them, that’s how they produce them.’

Nine Saracens players featured for England at the Rugby World Cup in Japan, including what Johnson termed ‘the spine’ of the team. Farrell, Itoje, Jamie George, and the Vunipola brothers were all vital components in Eddie Jones’s side.

But the findings of the independent panel have been met with fury among some players and officials from rival clubs.

Former England captain Chris Robshaw branded what Saracens had done as ‘cheating’ while his Harlequins team-mate Danny Care accused them of costing people jobs. ‘Everyone kind of knows this has been going on for years and no-one’s ever been able to say anything about it,’ he added.

Johnson revealed that suspicion about potential misdemeanours has been rife for two decades.

‘There have been rumours for 20 years of stuff going on,’ he said. ‘Ultimately rugby is not about the money. I played as an amateur, I didn’t put any more effort in when they paid me.’

He added: ‘(Back then) people didn’t talk about salaries like they do now, people didn’t move for more money. I remember some of the salaries going round in the first days. I was thinking how are some of the teams affording this? No one watches you play.

‘Saracens are saying, “We’re appealing, we understand everyone accepts we’ve not done it knowingly”. How that happens, I don’t know.’

Martin Johnson was speaking at the launch of UNTUCKit, who design shirts specifically to be worn untucked. www.uk.untuckit.com