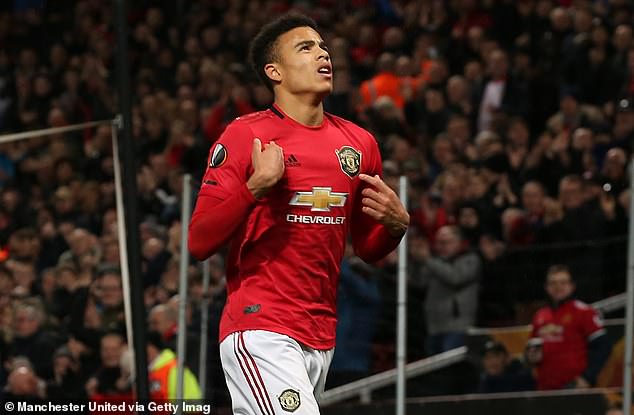 After turning 18, Mason Greenwood was let loose at Old Trafford and repaid faith with a goal 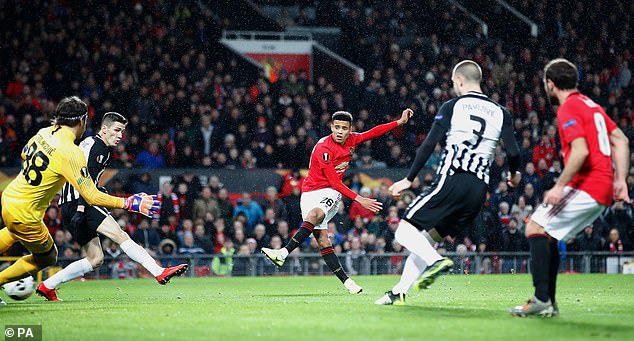 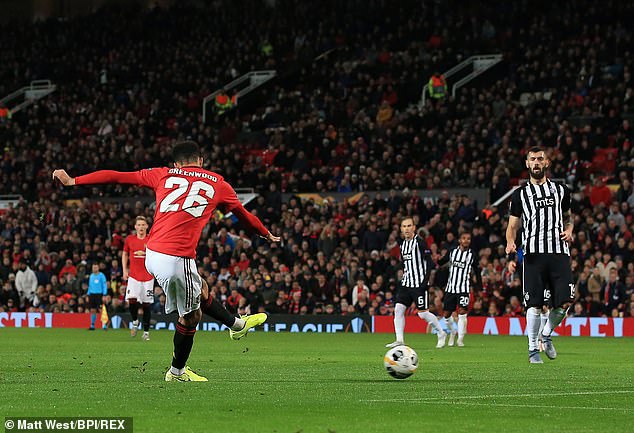 For the first time since he turned 18, Manchester United’s highly-rated prospect Mason Greenwood was let loose at Old Trafford on Thursday night.

As a coming of age ceremony, it was impressive and the teenager underlined why his long-term future will be better-served as a natural striker rather than being stuck out on the wing.

He also made history as the youngest United player to score and assist in the same European game.

Greenwood has been tipped for years as the United youngster most likely to succeed. Yet he’s been a slow burner this season with the majority of his appearances coming off the bench and only two previous goals, against Astana and Rochdale.

Partizan Belgrade represented a step up in class for the youngster who reached his milestone birthday on October 1. And after a quiet opening in which he resembled a little boy lost on the right-hand side of a 4-2-3-1, he showed exactly why Ole Gunnar Solskjaer thinks he’s the most natural finisher at the club.

After rarely seeing the ball out wide, Greenwood drifted into his natural habitat, the penalty area, after 21 minutes to devastating effect.

Rashford’s burst of acceleration took him past two defenders before a pass into Greenwood found the youngster eight yards from goal.

He never looked like missing, inviting a Partizan defender to get closer before shifting the ball to his favoured left foot and slamming a finish past goalkeeper Vladimir Stojkovic.

It was his second goal in four European ties – compared to Cristiano Ronaldo’s record of just one in 29 at the start of his career – and backed up the pre-match comments of United legend Paul Scholes: ‘I think Greenwood will eventually be a better goalscorer than Marcus.’ .

In many ways, Greenwood is the reverse of Rashford, a dazzling player but a scorer of great goals rather than a great goalscorer. Rashford missed three decent chances against Partizan before hitting a sizzler in the second half to put United 3-0 ahead.

Greenwood, on the other hand, looks like someone born to score goals as a predatory centre-forward. United fans on social media compare him to Robin van Persie – a big call but one that hints at his potential.

Strikers love scoring the first goal to open up games and that’s what Greenwood provided. Once he’d put United ahead, they cantered to the victory that took them into the Europa League knockout stages.

Anthony Martial added a second goal after 34 minutes with another cute finish from a Greenwood assist. Martial, who started the game at centre-forward, rotated positions regularly with Greenwood towards the end of the first half, making it difficult for Partizan to know who they should pick up.

Greenwood also showed he can also find a pass. After 38 minutes he released Juan Mata and it was unfortunate the Spaniard slipped as he ran in on goal.

Rashford’s well-struck shot made the game totally safe for United early in the second period. Partizan responded by giving Greenwood some heavy treatment including a shoulder block from Strahinja Pavlocic. It was a compliment to the youngster.

He’ll probably revert to the bench for Sunday’s Premier League visit of Brighton. But at only 18, there are many goals ahead in the red shirt of United.

Britain's coronavirus R rate could now be as high as ONE:...