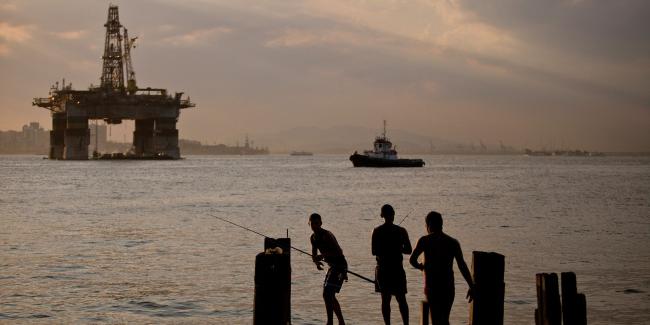 Preferred shares of the oil giant — which initially sold off on the view that the bigger-than-expected bid for the Buzios field would hurt the company’s ongoing deleveraging process — are up more than 3% since the auction, while Petrobras’s $2.75 billion of bonds due 2028 are little changed in the period.

“The auction result was positive for Petrobras,” Credit Suisse (SIX:CSGN) Group AG’s Regis Cardoso wrote in a Nov. 7 report. “Buzios is one of the very best pre-salt fields, with proven high productivity wells and low breakevens,” said Cardoso, who has an outperform rating for the company’s American depositary receipts.

“There was a significant asymmetry in favor of Petrobras in the auction,” Cardoso wrote, citing the compensation to be paid to Petrobras for investments it has already made. “The company already operates in these areas and taking the surplus volumes allows for many synergies with the existing operations.”

Petrobras’s Chief Executive Officer Roberto Castello Branco said in an interview that regulatory uncertainties and the amount of money bidders would have to commit upfront were the culprits for the absence of most major oil companies. He said the firm can develop the Buzios field it won on its own without compromising financial discipline. Even though Petrobras needs to pay $17 billion by year-end just in licensing fees, leverage levels “will stay fairly stable” in the fourth quarter compared with net debt at 1.96 times Ebitda in the third quarter, he said.

“While the investment is more expensive and impacts Petrobras’s ability to cut down debt in short term, the asset is pretty good,” said Ray Zucaro, the chief investment officer at RVX Asset Management in Miami. “At the end of the day, the company is acquiring assets in one of the more premium areas,” said Zucaro, who owns Petrobras shares.