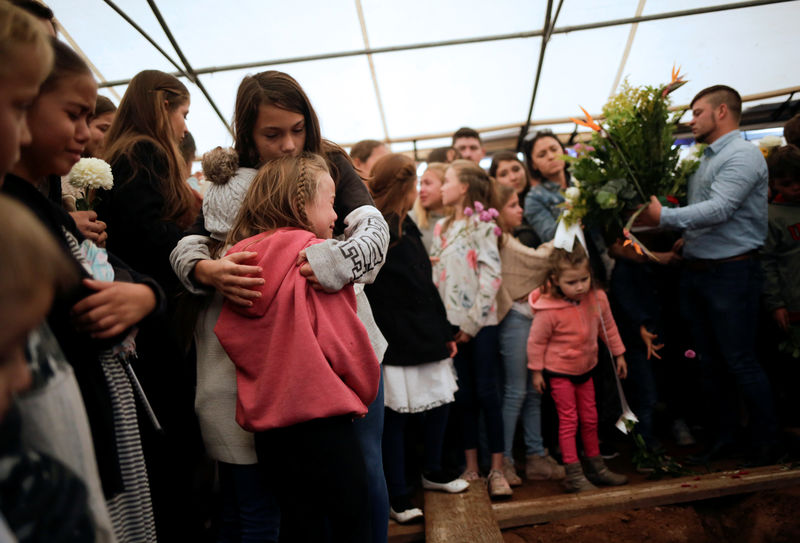 © Reuters. Relatives react during the funeral of Miller and her children who were killed by unknown assailants in LeBaron

MEXICO CITY (Reuters) – Mexico on Sunday invited the FBI to participate in the investigation of an attack in its north that killed nine dual citizens of the United States and Mexico.

The Foreign Ministry said it made the invitation through a diplomatic note to the U.S. embassy in Mexico.

“The Mexican government reiterates its commitment to investigate the facts, in order to … offer justice to the affected families,” it said in a statement.

The U.S. agents must work in coordination with their Mexican counterparts and will not be armed, it added.

In a statement, the FBI said it would assist in the investigation, adding, “The FBI remains committed to working alongside our international partners to help bring justice to the perpetrators of this heinous act of violence.”