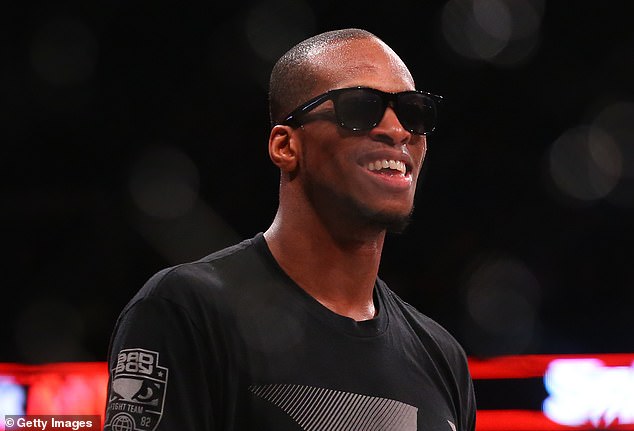 Michael ‘Venom’ Page will take on Derek Anderson in front of a home crowd at SSE Wembley Arena as the headline bout for Bellator London on November 23.

The Hackney-based fighter will look to extend his 15-1 record against the veteran American in their welterweight contest.

Page last fought in Dublin on September 27, beating Richard Kielty with a flying knee in the first round.

His opponent is also coming off the back of an impressive win, claiming an unanimous decision against Guilherme ‘Bomba’ Vasoncelos at Bellator 229 lst weekend.

As one of the most pre-eminent names on Bellator’s roster with a host of highlight-reel finishes to his name, Page will no doubt draw a healthy crowd at Wembley Arena.

The 32-year-old said: ‘It’s the same every time I go out and fight in London. I know I’m going to get a good reception over here and every time I’ve gone away and come back it’s only gotten better. I think because I’ve fought so recently, there’s still a lot of energy in the air surrounding me. It’s going to be amazing.’

The event marks the sixth Bellator European Series event of 2019 and will air LIVE at 10 p.m. GMT on Channel 5 in the UK. In the U.S., the event will be streamed live on the Bellator Mobile App at 5 p.m. ET/4 p.m. CT.

Joining Page and Anderson on the main card are Fabian Edwards and Mike Shipman, who go head-to-head in a middleweight grudge match and Terry Brazier, who faces newcomer Søren Bak at lightweight.

‘Some of the most dangerous fighters are fighters like him. He’s at a decent level everywhere so you cannot focus on one particular area. He likes to stand up but he’s competent going everywhere else as well. I need to make sure I’m on top of my own game, I’m constantly growing in the gym and working with some amazing guys. I have no worries in terms of confidence going into this fight but I’m aware he’s a very capable mixed martial artist.’

Tickets to Bellator London are on sale and can be purchased online from axs.com/uk and Bellator.com.