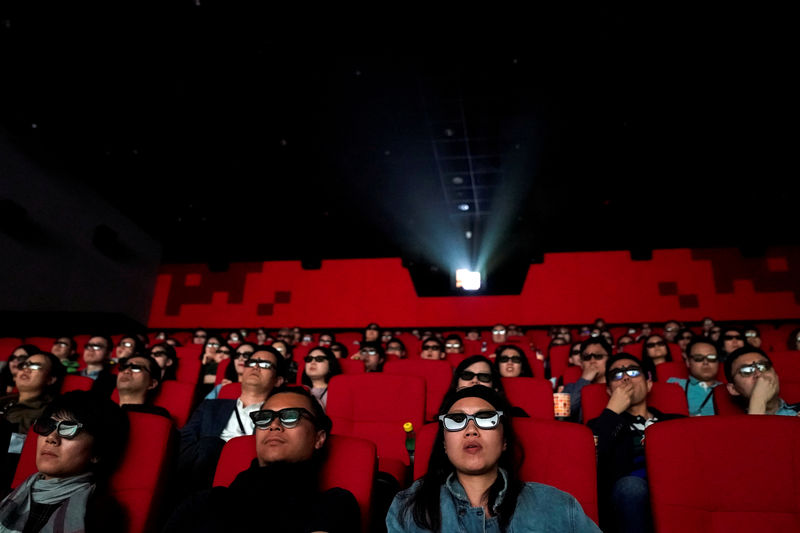 (This October 10 story clarifies paragraph 14 on ‘The Martian’)

Media companies count on ticket sales in China, which is projected to become the world’s largest movie market next year, to bolster their bottom lines. And some films, such as recent Oscar winner “Green Book,” rely on Chinese investment to make it to the big screen.

That, along with China’s limit of 34 imported movies per year, has forced movie and TV studios to shape programming in a way that satisfies Chinese censors without suppressing the creative freedom of producers and writers.

“They have tried to do it in such a way that they can make as much money as possible by having access to the China market, but not become so embarrassed by the backlash at home,” said Stanley Rosen, a political science professor at the University of Southern (NYSE:SO) California.

The creators of irreverent comedy “South Park” took aim at that approach, as well as China’s policies on free speech, in an episode released on Oct. 2 called “Band in China.” “South Park” episodes were subsequently pulled from Chinese streaming sites[L3N26T2GI].

The show disappeared around the time China said it would not broadcast U.S. National Basketball Association games following a tweet by a Houston Rockets executive who backed protests in Hong Kong.

Neither reaction should surprise anyone in Hollywood, said Lindsay Conner, a Los Angeles-based lawyer who has represented Chinese companies in the United States.

“The ‘South Park’ episode was about as deliberate a provocation as one can get,” Conner said. “It’s what ‘South Park’ is about. The response of the Chinese censors was entirely predictable.”

China has banned Western entertainment in the past. In August 2018, the country denied entry to Walt Disney (NYSE:DIS) Co’s “Christopher Robin” film, which featured Winnie the Pooh. The government did not give a reason, but Pooh’s appearance has been compared to President Xi Jinping’s, and the character has been used as a symbol of resistance to the Chinese government.

“South Park” was running on streaming TV services in China, a market that is less important to Hollywood than the movie business. Movie ticket sales in China reached $9 billion in 2018. Consulting firm PwC projects China will top the United States and Canada as the biggest film market in 2020 with sales reaching $15.5 billion by 2023.

Chinese companies also invest an unknown sum in individual movies such as “Green Book,” which was backed by Alibaba (NYSE:BABA) Group’s Alibaba Pictures. Tencent Holdings Ltd, a Chinese social media and gaming firm, is a co-financier of the upcoming “Terminator: Dark Fate,” which will be released by Paramount Pictures. Paramount is owned by Viacom Inc, the same company that distributes “South Park.”

Eager to get a greenlight from Chinese censors, Hollywood studios take steps to avoid irking the government.

A script for 2015 sci-fi comedy “Pixels,” for example, featured a scene where space aliens blew up China’s Great Wall, but the movie released in theaters spared the landmark.

Filmmakers also have recorded scenes in China and featured plotlines where Chinese characters are heroes. In the 2015 film “The Martian,” China’s space agency helps save an astronaut, played by Matt Damon, who becomes stranded on Mars.

While Hollywood has long tailored programming to the Chinese market, the NBA incident highlights a relatively new risk. With the prevalence of social media, stars of a film could make comments that offend the government, said Marc Ganis, president of Jiaflix, a company that streams movies in China.

“I assure you the studios are paying attention,” Ganis said.

“They are also in a no-win position,” Ganis added. “They can’t tell their talent not to say things because they will get tarred for that. They have to hope their talent thinks before they tweet.”

Uber scoops up Postmates for $2.65 billion in ‘everyday’ delivery push