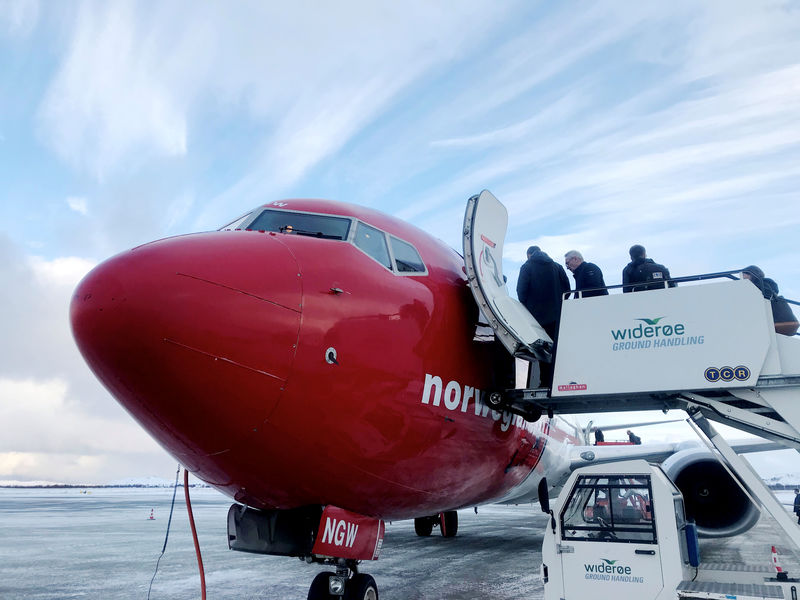 (Reuters) – Budget airline Norwegian Air (OL:NWC) said on Tuesday it will add three more non-stop routes from the United States to Europe next summer, as the Norway-based carrier looks to expand its services to sought-after European destinations.

The announcement of new routes comes at a time when Europe’s third-largest low-cost carrier by passenger numbers, after Ryanair (I:RYA) and easyJet (L:EZJ), has been making major inroads in the market for transatlantic travel, but has hemorrhaged cash in the process.

Norwegian was left with a whopping 61.7 billion crowns of interest bearing debt at the end of the third quarter ended September, around ten times the airline’s stock market value.

The company, which operates more than 500 routes to over 150 destinations around the world, has cut jobs, sold older aircraft as well as its stake in Bank Norwegian, as part of its plan to rein in costs and reduce capacity by 10% next year.

Norwegian said on Tuesday it would launch two new routes from Chicago to Paris and Rome, while adding a third route from Denver to Rome.

Flights from Chicago to Paris and to Rome will be launched on May 1 and June 2, respectively, with the Denver-to-Rome route launching on March 31.