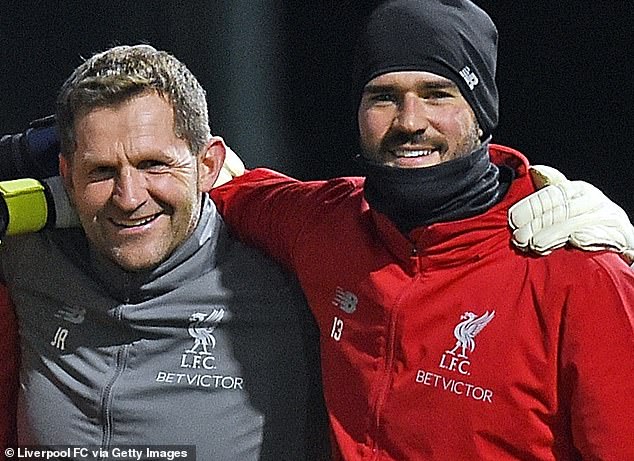 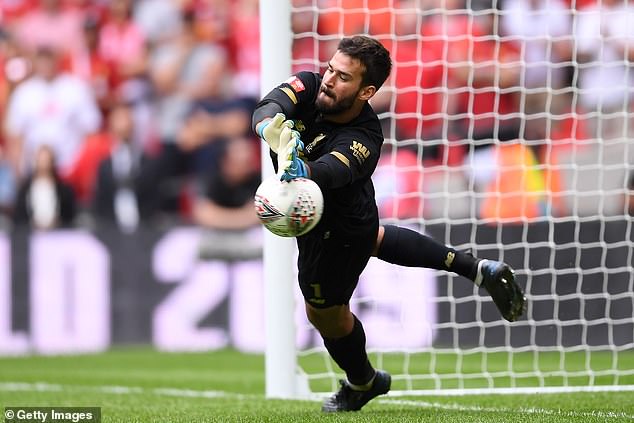 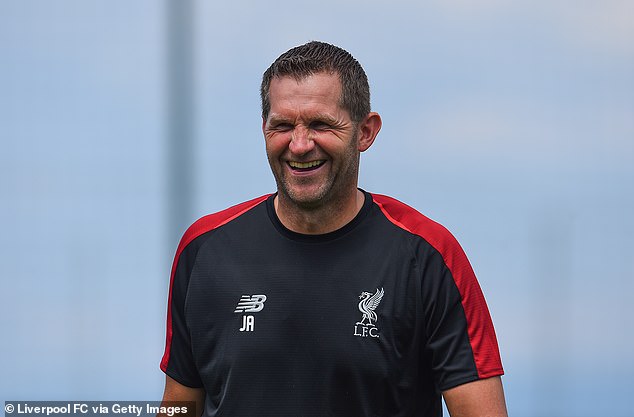 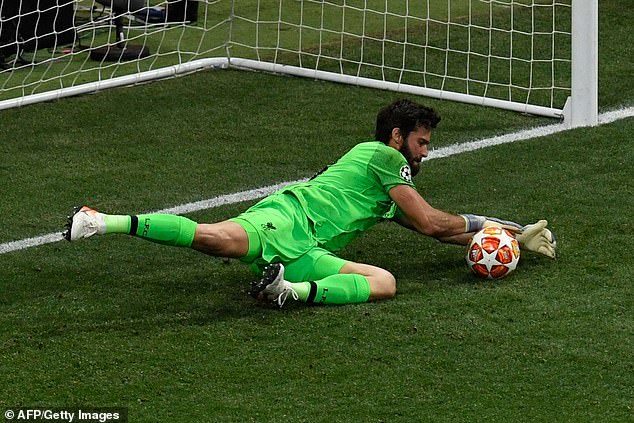 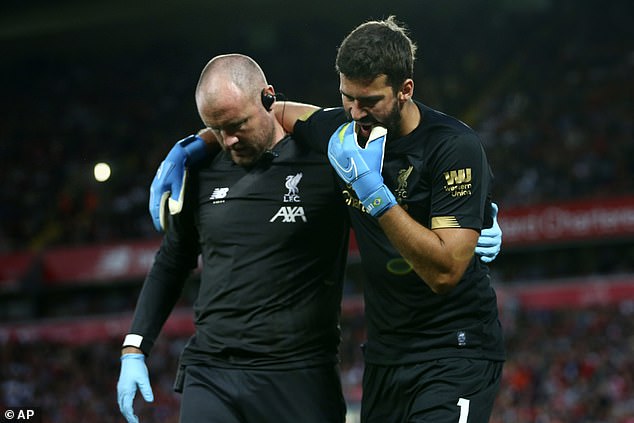 Liverpool goalkeeping coach John Achterberg believes the presence of Alisson between the sticks has eased the nerves of the Anfield faithful.

The Merseyside outfit have been through a range of different stoppers in recent seasons, with Simon Mignolet and Loris Karius both making costly mistakes.

But Alisson’s arrival at Anfield for £65million last season has provided an aura of calm around the club, with the Brazilian keeping 21 clean sheets and helping Liverpool lift the Champions League last season as they finished second in the league.

And Achterberg says that the hefty sum Liverpool paid to prise Alisson from Roma has been more than worth it, and believes he has given the crowd a lift with his commanding displays.

‘I was convinced that if we are going to spend money then Alisson was the No 1 I would sign,’ he told the Liverpool Echo.

‘Obviously what he has done up to now, it has worked out. You’re looking around at the way we play and his movements and you have to say he is the No 1.’

The Dutch former Tranmere Rovers goalkeeper looked at the case of Manchester United’s David de Gea, who struggled initially at Old Trafford before establishing himself as the club’s first choice, but he heaped praise on Alisson for making a quick impact at the club.

‘Looking at Premier League level, he has worked out this move himself with the qualities he has shown over the years,’ he added.

‘Obviously these moves need to come off, because you look at David de Gea (at Manchester United), it took one or two years before he was at his level and had the trust.

‘So you don’t have a lot of time to settle because the talking is there all the time and I think Ali and the boss have changed the way the crowd are really with the way they manage and play.

‘Now the crowd is positive from the first second and are not worried if the ball is in the air or the box.’

Alisson has not played since Liverpool’s opening game against Norwich, when he was forced off with a calf injury in the first half. Former West Ham goalkeeper Adrian has been deputising ever since.

But he is expected to return to play against rivals Manchester United after the international break on October 20. The 27-year-old is thought to have undertaken extra training sessions as he steps up his recovery.

Lazio's Patric channels his inner Luis Suarez as he's sent off for BITING Giulio Donati in his side's shock defeat by Lecce – as...

Warning over rise in diseases caused by animal viruses jumping to...