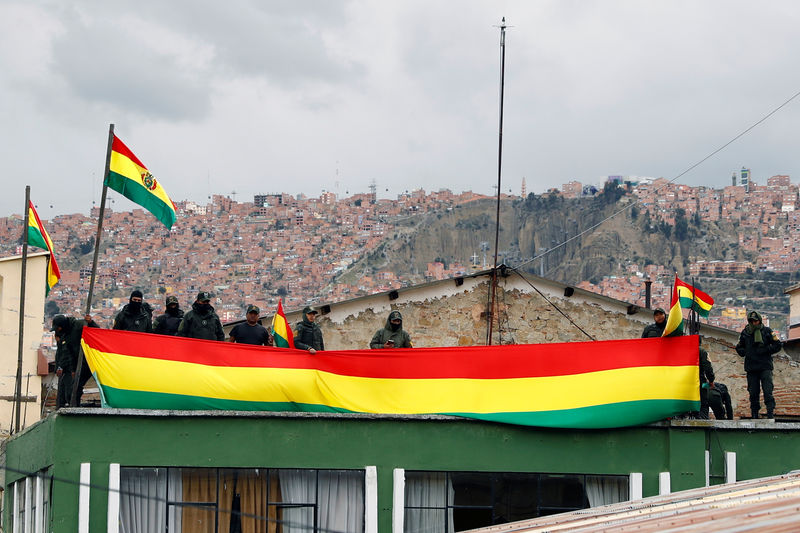 LA PAZ (Reuters) – The Organization of American States recommended on Sunday that Bolivia hold new elections, saying it had identified serious irregularities in the last vote that called into question the victory of President Evo Morales.

The international body said its audit of the Oct 20. election had found “clear manipulations” of the voting system and it could not verify the result.

“The manipulations to the computer system are of such magnitude that they must be deeply investigated by the Bolivian State to get to the bottom of and assign responsibility in this serious case,” the preliminary report said.

The OAS said it was not statistically likely that Morales had secured the 10 percentage point margin of victory needed to win outright and recommended Bolivia use new electoral authorities for any new vote.

“The first round of the elections held on October 20 must be annulled and the electoral process must begin again, with the first round taking place as soon as there are new conditions that give new guarantees for it to take place, including a newly composed electoral body,” the OAS said in a press release.

Morales was declared the winner of the October election with a lead of just over 10 points over his rival Carlos Mesa, giving him an outright win. But there have been widespread protests since against the result after a near 24-hour halt in the count.

Morales, who came to power in 2006 as Bolivia’s first indigenous leader, has defended his election win but has said he would adhere to the findings of the OAS audit. He was expected to give a press conference on Sunday morning.

The weeks-long standoff over the disputed election escalated over the weekend as police forces were seen joining anti-government protests and the military said it would not “confront the people” over the issue.

Morales and his government have decried a “coup” against him by what they called “violent groups,” prompting a number of fellow leftist leaders in the region, including Venezuelan President Nicolas Maduro, to rally around him and call for a peaceful resolution to the crisis.

Morales’ opponents, including Mesa and Luis Fernando Camacho, a civic leader from the eastern city of Santa Cruz who has become a symbol of the opposition, have repeatedly called for him to step down. Camacho said he plans to march to the government palace with a pre-written resignation letter for Morales to sign.