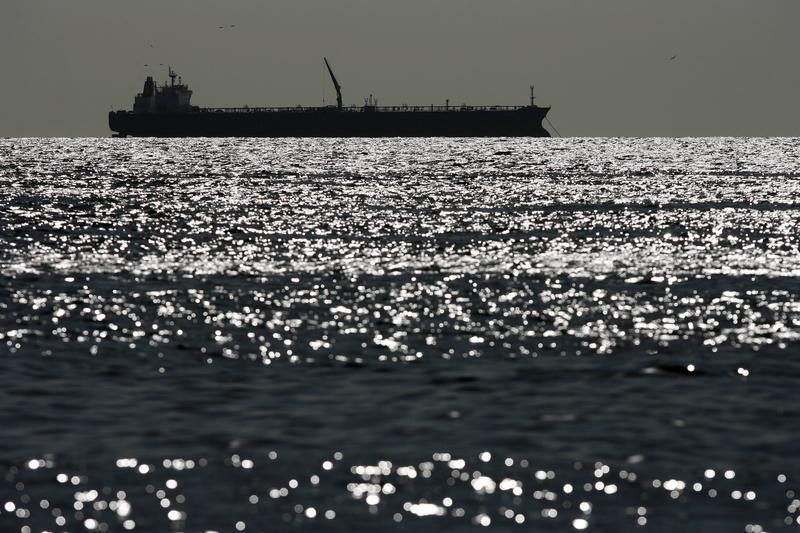 Investing.com — Crude oil prices retraced from an earlier spike on Friday after Iranian claims of an attack on one of its oil tankers ran into scepticism, while the International Energy Agency also tempered buying interest by again trimming its forecasts for global oil demand.

Earlier Friday, Iranian national news agency IRNA had claimed that the tanker Sabiti, sailing through the Red Sea, had been struck by two unidentified objects believed to be missiles, causing a fire and oil leakage into the sea.

However, the Iranian government later undermined the credibility of the report by saying later that the ship had not been set on fire, and IRNA itself also cited the National Iranian Oil Company as denying suggestions that it had been struck by missiles fired from Saudi Arabia.

The consultancy Tankertrackers.com noted that Sabiti was still making surprisingly good speed after the attack.

Prices for U.S. crude initially spiked as high as $54.87 a barrel on fears that the incident might open a new chapter of tensions between the Gulf’s two biggest political rivals. However, they later retreated as the substance of the reports became more doubtful.

The retracement gathered strength as the International Energy Agency downgraded its forecast for global oil demand growth next year by 100,000 barrels a day. It also cut its forecast for 2019 by a similar amount but said this was due to changes in the calculation of last year’s output.

In addition, it noted that petroleum stocks in advanced economies had increased for the fifth consecutive month in August, leaving them close to the record levels seen in 2016, when they topped 3 billion barrels.

Citigroup closes some branches, mostly in LA and Chicago, due to...