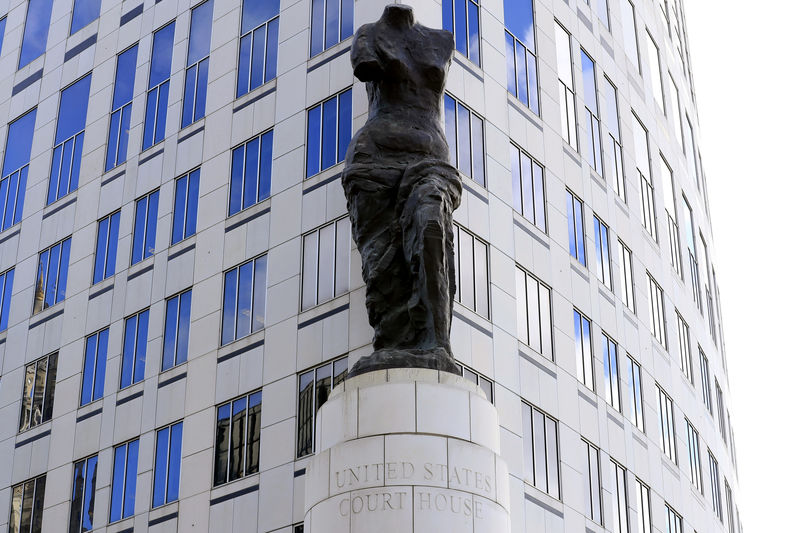 CLEVELAND (Reuters) – Executives from several large healthcare companies and state attorneys general were progressing toward what is expected to be a multibillion-dollar deal to resolve the sprawling litigation over the U.S. opioid epidemic, a plaintiffs’ lawyer said on Friday.

“I think we can get a long way,” said Peter Weinberger, a lawyer for local governments that have sued the companies, when asked by a reporter if a deal was possible on Friday.

Weinberger said Polster was shuttling between healthcare executives and state attorneys general and other plaintiffs’ lawyers who were huddled privately in separate rooms in the Cleveland federal courthouse.

Polster is overseeing thousands of lawsuits by local governments that allege the companies fueled a public health crisis responsible for roughly 400,000 U.S. deaths from 1999 to 2017, according government statistics.

Earlier this week, the companies proposed a deal that could be worth $50 billion to settle the litigation, two sources told Reuters.

Weinberger said smaller distributor Henry Schein Inc (O:HSIC) was also participating in the talks, and the general counsel from pharmacy chain Walgreen Boots Alliance Inc (O:WBA) was at the courthouse but not in the negotiations.

Those two companies round out the defendants in the trial that is scheduled to start on Monday.

If the parties make progress at Friday’s talks, Polster has the option of postponing Monday’s trial to give them more time to negotiate.

The complex litigation pits thousands of towns, cities, counties and tribal governments against numerous companies across the healthcare industry involved in the manufacture and distribution of opioids.

The governments are seeking to recover some of the billions of dollars spent on emergency services, treatment and policing as a result of increased addiction rates.

Attorneys general are separately suing in their own state courts, and while Polster does not have jurisdiction over those cases he invited them to join the talks to try to reach a deal.

The distributors have been accused of failing to flag and halt suspicious orders for opioids, while drugmakers are accused of promoting benefits of the drugs while playing down their risks.

The distributors have insisted that they were shipping FDA approved medicines prescribed by doctors. The drugmakers have also denied any wrongdoing.

Shares of the companies have risen this week in anticipation of a possible deal that could end the litigation, despite the possibility that each company could be on the hook for billions of dollars.

A settlement would remove uncertainty and allow the companies to distance themselves from a politically charged crisis, said a research note from Morningstar on Wednesday.

Monday’s scheduled proceeding is a so-called bellwether or test trial with two Ohio counties, Cuyahoga and Summit, serving as plaintiffs. A bellwether trial gives the parties a chance to assess a jury’s reaction to the allegations, which could then shape a settlement of all the litigation.

OxyContin maker Purdue Pharma, viewed as one of the main culprits in fueling the opioid crisis, is also no longer part of the Ohio trial after declaring bankruptcy.