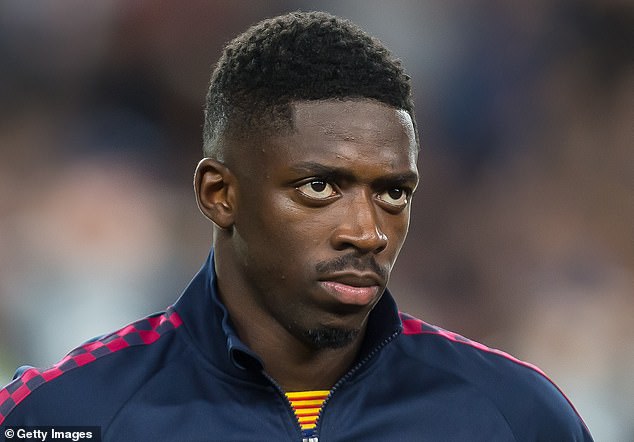 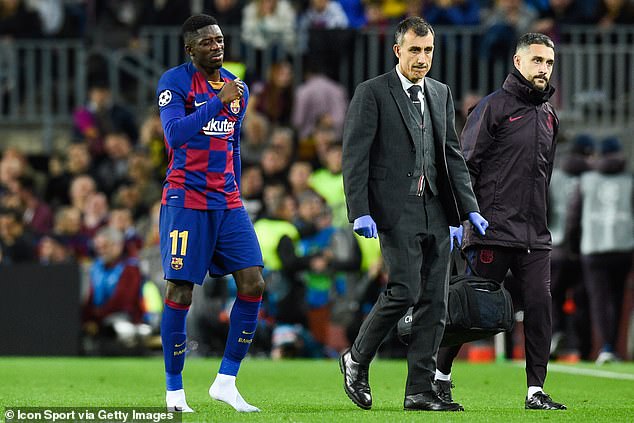 Barcelona forward Ousmane Dembele has returned to training at Barcelona after a two-month layoff.

The France international left the Camp Nou in tears when he injured his right leg against Borussia Dortmund in the Champions League on November 27.

But, as reported by Spanish outlet Mundo Deportivo, he returned to training on Monday as he continues his individual recovery from the injury – though he is still set to be out for a further month.

Dembele, 22, will be hoping to work his way back to full fitness as soon as possible in order to impress new manager Quique Setien.

The new era at Barcelona got off to the perfect start on Sunday as the La Liga champions beat Granada 1-0 courtesy of Lionel Messi’s 76th minute strike.

Dembele, signed from Borussia Dortmund for around £90m (€105m), has made just nine appearances in all competitions this season, scoring once.

He was out at the beginning of the season with a hamstring injury, while his sending off against Sevilla in October meant he missed two La Liga games.

DYLAN HARTLEY: England head coach Eddie Jones is being painted as a villain but my message to the RFU is simple… give him a...