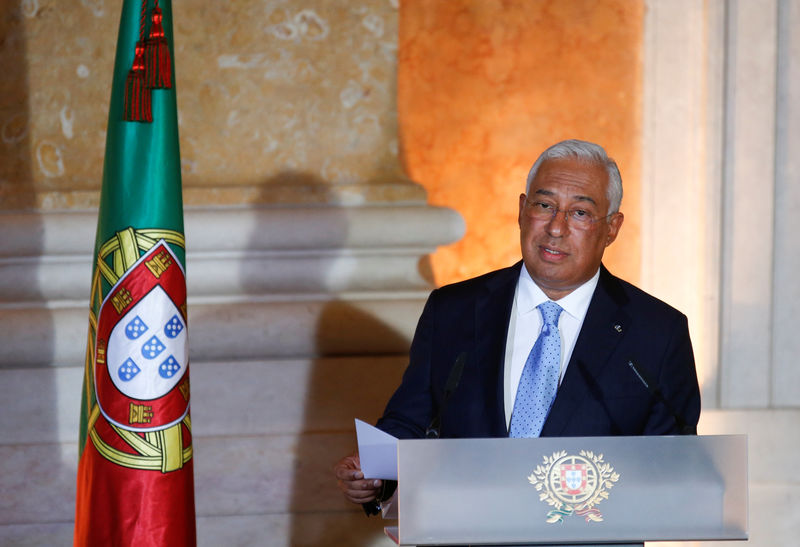 LISBON (Reuters) – Portugal’s Prime Minister Antonio Costa promised on Saturday to raise the monthly minimum wage by 25% to 750 euros ($830) by 2023 as he started his second term in the office, while reiterating the goal to cut public debt to below 100% of GDP.

Costa’s center-left Socialists, who presided over four years of strong economic growth and budget deficit cuts, won an Oct. 6 election, expanding their parliamentary representation as the biggest party but still just shy of a majority.

Costa has relied on support from the two far-left parties in parliament – the Communists and Left Bloc – in the last four years and the wage plan is likely to be well received by them. Portugal still has one of the lowest minimum wages in western Europe.

“The government now outlines its goal of reaching the minimum salary of 750 euros in 2023,” Costa said at the swearing-in ceremony of his new minority government, adding that the planned increase should surpass a rise of almost 20% in the previous legislature.

“The national minimum salary will evolve every year after discussions with the collective bargaining partners, depending on the employment dynamics and economic growth, but never ignoring the social importance it has,” he said.

While warning that the global economic environment presented challenges to growth, Costa said the government’s commitment to promoting further economic expansion, achieving balanced public accounts and greater social justice “does not depend on economic cycles”.

Parliament is yet to debate the new government’s program, which is likely to be presented next week. It does not require a compulsory vote, but if parliament decides to vote on it and it is rejected, the government could collapse.

Analysts, however, do not expect any major obstacles for the Socialist government to be allowed to rule.

Next year’s budget is likely to prove its first big test, with the far left demanding more public spending, while Costa insists on sticking to strict expenditure controls to achieve a balanced budget next year after an estimated deficit of just 0.1% this year, down from 2018’s 0.4%.

China’s Wu takes slender lead into final round in Dubai