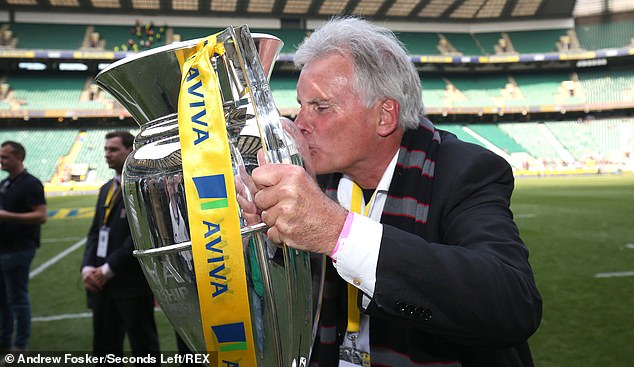 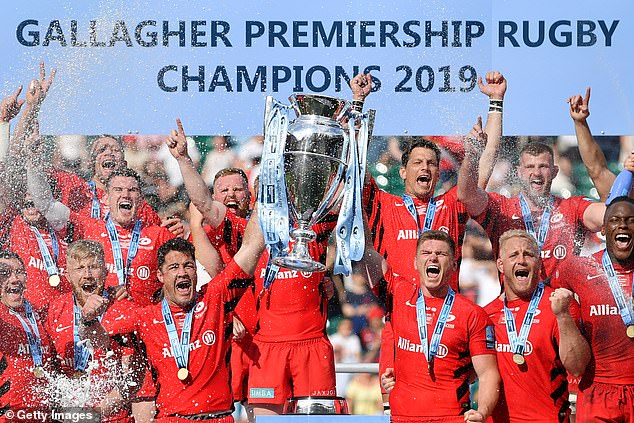 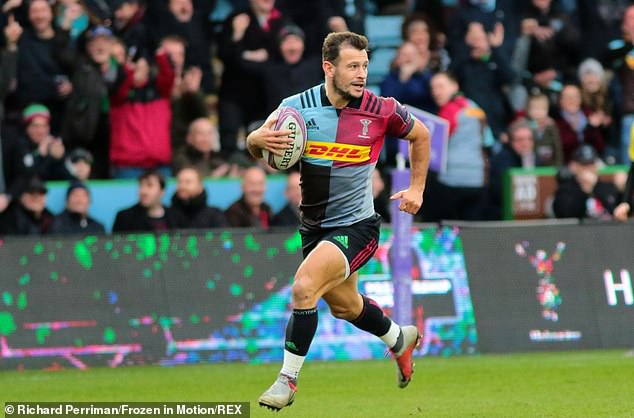 Premiership clubs could demand an overhaul of salary cap rules as a result of the Saracens scandal to toughen up sanctions they say were not written in anticipation of ‘flagrant abuse’.

Sportsmail understands the clubs will push to revisit the regulations once the case involving Saracens has run its course and may call for stringent temporary measures to operate this season.

Saracens are expected to challenge the 35-point penalty and £5.36million fine that was handed to them by an independent panel this week and insist they have not breached the salary cap.

Responding to the extraordinary judgment, which found breaches across three seasons, one senior club figure said: ‘No one could conceive that there would be systematic fraud, cover-ups and financial chicanery. That was never contemplated when the rules were put together. This appears to have been flagrant abuse of the system on a breathtaking scale.’

On Thursday, Exeter Chiefs chairman Tony Rowe revealed that he might take legal advice on his club’s position, claiming that, commercially, they would be in a ‘totally different position today if we were triple champions of England’.

As calls for tougher sanctions continued, England scrum-half Danny Care, speaking on BBC’s weekly rugby podcast, said Saracens should be relegated to the Championship for three seasons to match the length of time they were found to have been breaching the salary cap.

Recalling how Melbourne Storm were stripped of two National Rugby League championship titles in 2010 for breaching the Australians’ salary cap, he said of Saracens: ‘If you had seen something like that, you would say, right you’ve cheated for how many years, the past three years, go and stick them in the Championship for that long and see if their players stay and want to play for them then.’

While Premiership Rugby Ltd (PRL) sources say that any such action is not allowed by the rules, there is a swelling tide of high-profile figures who think that if Saracens’ challenge is unsuccessful they should be stripped of the titles they won in the seasons in question.

Saracens owner Nigel Wray has not yet challenged this week’s explosive judgment but with PRL ready to defend both the charges and the process that has been followed, the legal costs could run into seven figures, which Saracens are understood to be liable to pay if their challenge is unsuccessful.

Saracens, who are reigning Premiership and European champions, have told Sportsmail they will not be conducting a media session prior to their match against Gloucester on Saturday, despite being contractually obliged to do so. This is the second media duty they have avoided this week, following the European Champions Cup season launch, and it is understood they could face sanctions as a result.

As clubs continued to seek answers from PRL’s new chief executive Darren Childs, Rowe’s change of heart on the prospect of legal action was noteworthy. The Exeter chairman had previously dismissed the idea of legal action, saying ‘what’s done is done’.

However, as sports lawyer Richard Cramer detailed for Sportsmail, Exeter could have the grounds for an economic tort case, due to loss of financial reward.

‘If I put my commercial hat on now, then yes, commercially we would be in a totally different position today if we were triple champions of England. But we’re not. And maybe I will take legal advice on that,’ Rowe told BT Sport.

Premiership clubs are known to have concerns about Saracens’s current squad and, when any review is complete, they could insist upon temporary measures.

Suggestions being mooted include ring-fencing certain players, allowing some players to play in European games only or internationals or demanding Saracens sign a monthly salary cap audit. And on the wider regulations, which under normal circumstances would be reviewed next summer, the clubs are understood to be keen to strengthen them.

PRL has previously told Sportsmail that they will not be making any regulation changes as a result of the case involving Saracens — but the pressure appears to be mounting to do so if the club is found guilty by a second panel.

Xavi rules out managing Barcelona in near future as club legend takes aim at hierarchy for chaos at boardroom level: 'There's a lot of...