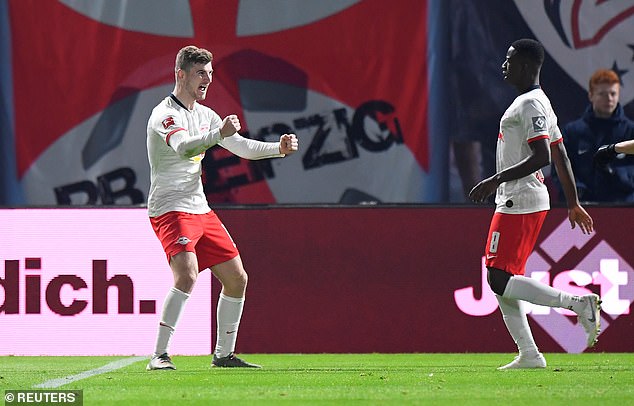 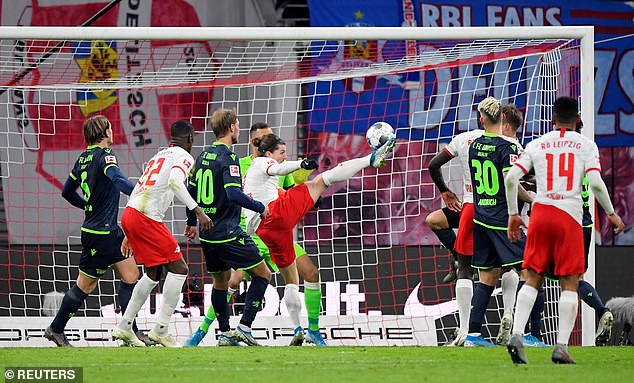 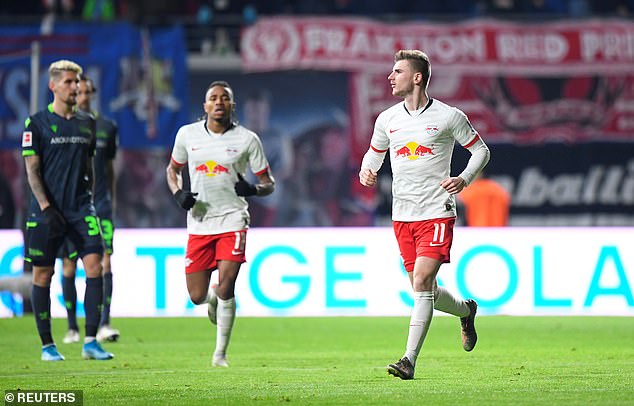 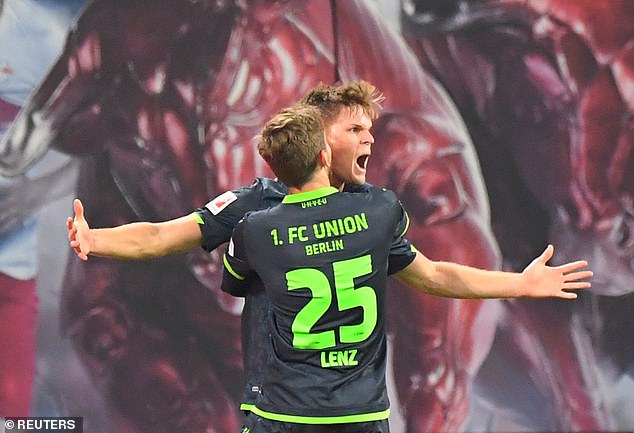 Leipzig overcame more protests and a one-goal deficit to stretch its lead at the top with a 3-1 win at home over Union Berlin.

Union fans held a mock funeral march and erected a shrine before the game, displaying crosses and a large banner saying ‘Soccer is dying in Leipzig.’

The supporters stayed away from their seats before kickoff and remained silent for the first 15 minutes of the game in protest against the home side, which has been unpopular since its formation in 2009 through energy drinks manufacturer Red Bull.

The Union fans couldn’t help breaking their silence in the 10th when Marius Bulter fired the visitors into an unexpected lead.

But Timo Werner scored twice in the second half as Leipzig came from behind to move five points clear of second-place Borussia Monchengladbach.

Werner’s brace took him to 20 league goals for the season.

This meant he leapfrogged Robert Lewandowski who plays against Hertha Berlin with Bayern Munich on Sunday.

Hansi Flick’s side are seven points off Leipzig with a game in hand.

AHEAD OF THE GAME: Sky and BT want to show MORE Premier League games next term instead of demanding huge rebate due to shutdown,...

'Praying for you champ': Boxing world rallies around Anthony Yarde after British fighter's grandmother died from coronavirus… just days after his father passed away...

Shipwreck buried in Maine beach that remained a mystery for over...

America becomes first country in the world to hit 1,000 coronavirus...

Confirmed coronavirus deaths in Netherlands rise by 164 to 1,651