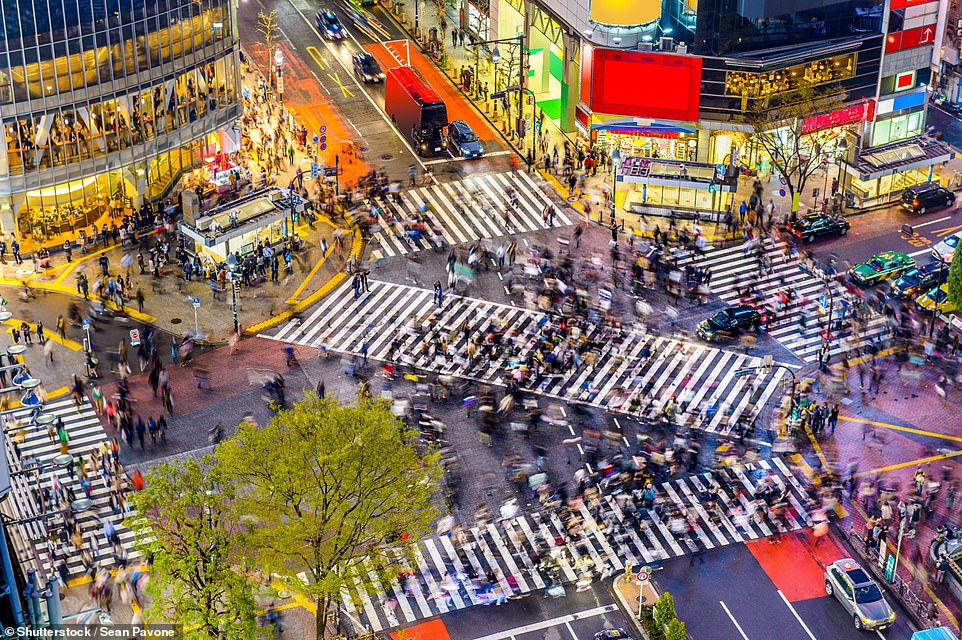 A new report has revealed that Tokyo, pictured, is the cheapest long-haul destination for Britons

The study looked at 30 resorts and cities across the globe that are considered long-haul destinations for Britons and compared the prices of a cup of coffee, a bottle of lager, a can of Coca-Cola, a glass of wine, a cocktail, a chocolate bar, a bottle of water, sunscreen, insect repellent and a three-course meal for two

Nick Boden, head of Post Office Travel Money, said: ‘The rising prices revealed by this year’s report in many destinations highlight the importance of careful planning and research’ 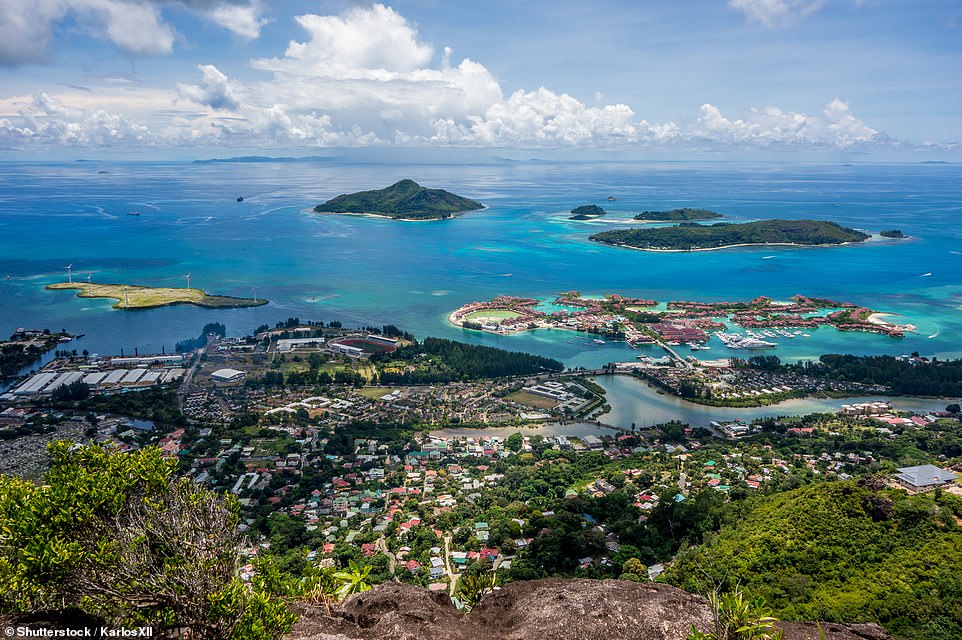 The most expensive long-haul destination for Brits is the island of Mahe in the Seychelles, where the 10 items cost a total of £188.06

Tokyo is the cheapest place for Britons looking for a long-haul getaway, new research has revealed.

The low prices are an encouraging sign for sports fans planning to visit Japan during the Rugby World Cup as British tourists can now buy a basket of 10 items, including a three-course dinner for two, for £60.11. A three-course meal costs £42.88, a cup of coffee is £1.68 and it’s 81p for a bottle of local lager in a bar.

The second cheapest place, according to the research, is Cape Town, where the 10 items cost £60.58, while most expensive for Britons is Mahe in the Seychelles, where the same products cost £188.06.

The research is published in Post Office Travel Money’s annual long haul holiday report, which was produced in partnership with holiday specialist Travelbag.

The study looked at 30 resorts and cities across the globe that are considered long-haul destinations for Britons and compared the prices of a cup of coffee, a bottle of lager, a can of Coca-Cola, a glass of wine, a cocktail, a chocolate bar, a bottle of water, sunscreen, insect repellent and a three-course meal for two.

This year’s report names seven resorts where costs for UK visitors are lower than 12 months ago.

Antigua tops that list and enters the 10 best value destinations in eighth place as a result. Prices have fallen 28 per cent to £82, based on tourist costs in the island’s capital St John.

Antigua is one of three Caribbean islands to register a fall in the cost of tourist staples.

Prices are also significantly lower in Dubai (Jumeirah Beach, 27th), down nine per cent to £150, while there are smaller falls in Mauritius (Grand Baie, 12th, down 2.1 per cent to £111), Vietnam (Hoi An, fourth, down 1.6 per cent to £75) and the Seychelles (down 2.3 per cent) – even though it remains the most expensive destination.

Cape Town dropped to second place because its currency, the rand, has strengthened by 10 per cent year-on-year against sterling.

Despite this, Cape Town’s barometer total is less than half of 11 other long-haul destinations.

Although Bali (Kuta) has held on to its third position in the Post Office table, Travelbag researchers found that prices have risen by almost 13 per cent since last September and, at £72, the barometer basket now costs around £12 more than in the top two destinations.

Furthermore, fourth-placed Vietnam is hard on Bali’s heels and a 1.6 per cent fall in prices means that Hoi An (£75) has closed the gap and is less than £3 more expensive.

By contrast, Phuket in Thailand is one of two destinations in the 2019 survey where the Post Office found that prices have increased by over 20 per cent year-on-year.

A combination of rising local prices and the strong Thai baht have resulted in a 21 per cent increase in the prices that UK visitors will pay for tourist items in Phuket.

At £118, this has made Thailand 58 per cent pricier than Vietnam and 64 per cent more expensive than Bali and has seen the Thai island fall out of the top 10 destinations to 18th place.

Local prices in the world’s theme park capital have fallen marginally on 2018 levels and the increase that UK visitors can expect to pay – 6.5 per cent – therefore relates solely to the weaker exchange rate.

By comparison, the same items cost 56 per cent more in New York (£136, 25th), which shares the biggest barometer price increase of 21 per cent this year.

Lesley Rollo, managing director of Travelbag, said: ‘The average price of a holiday to the destinations featured in this report has risen by around seven per cent in the last year, as factors like rising oil prices and over-demand take effect.

‘However, despite those rising prices and sterling’s slide, consumers still want to book – they’re just increasingly savvy in offsetting the cost of the holiday itself with what they’ll pay once they’re there and will prioritise destinations where they’ll know they’ll get good value on the ground.

‘For example, despite the average price of a holiday to Japan – where daily outlay is still pretty reasonable – rising by 26 per cent, demand for holidays to the destination has increased by more than a third. By contrast, bookings for Dubai – where resort costs remain relatively high – have softened considerably even though package prices have risen by a modest six per cent.’

Nick Boden, head of Post Office Travel Money, added: ‘The rising prices revealed by this year’s report in many destinations highlight the importance of careful planning and research.

‘Even though sterling is weaker than last year against every long-haul holiday currency, holidaymakers can still save themselves a lot of money and make a big difference to the overall cost of winter sun trips by doing their holiday homework before booking to find out where meals, drinks and other staples are going to cost the least.’

Great British boltholes: Hipsters want to be part of the inn crowd at The Crown, a 17th-century Oxfordshire pub in a quintessential English village

Mysterious red glow at the centre of the Milky Way caused...

Time could be running out for the 747