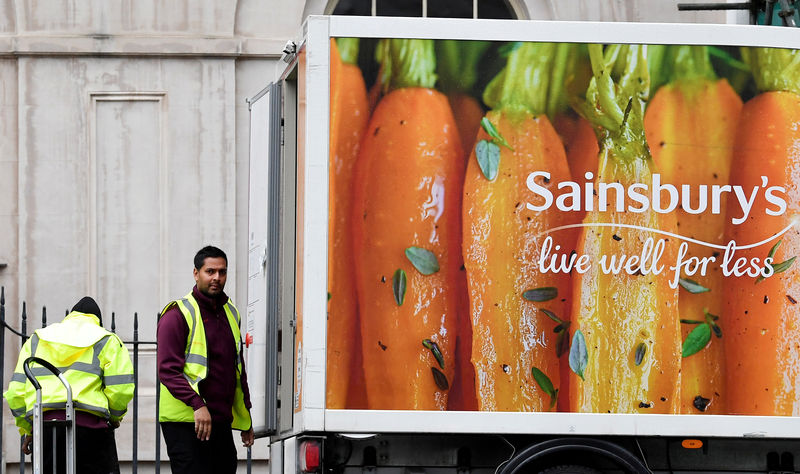 (Bloomberg) — News that J Sainsbury (OTC:JSAIY) Plc Chief Executive Officer Mike Coupe is leaving in May marks the end of an unrewarding chapter for the U.K. grocer’s shareholders.

Competition from German discounters Aldi and Lidl and a shift to online shopping have put British supermarkets including Tesco (LON:TSCO) Plc and Wm Morrison Supermarkets Plc under pressure, but Sainsbury shares have suffered the most during Coupe’s near six-year tenure.

The stock has lost about a third of its value since the CEO took the helm in July 2014, with a negative total annualized return of about 2.7% a year. That compares with a 5.9% annualized return for Morrison and a 1.3% negative return for Tesco, according to data compiled by Bloomberg. Stock performance under Coupe has also trailed Sainsbury’s previous two CEOs, the data show.

The announcement of Coupe’s exit comes only nine months after the collapse of his planned acquisition of Walmart (NYSE:WMT) Inc.’s Asda, through which he aimed to gain purchasing clout and create a U.K. business to rival Tesco in scale. Even more recently, Sainsbury announced a new strategic plan involving supermarket closures and cost-cutting, as well a move to expand its line-up of convenience outlets.

“The fact that this change materializes within four months of the group outlining a new strategic plan will cause some concern,” Jefferies analyst James Grzinic wrote in a note.

Getting cleared of coronavirus cost a Miami businessman more than $3,000...

Intelligence agency pushes back on reports that it said Russia is...