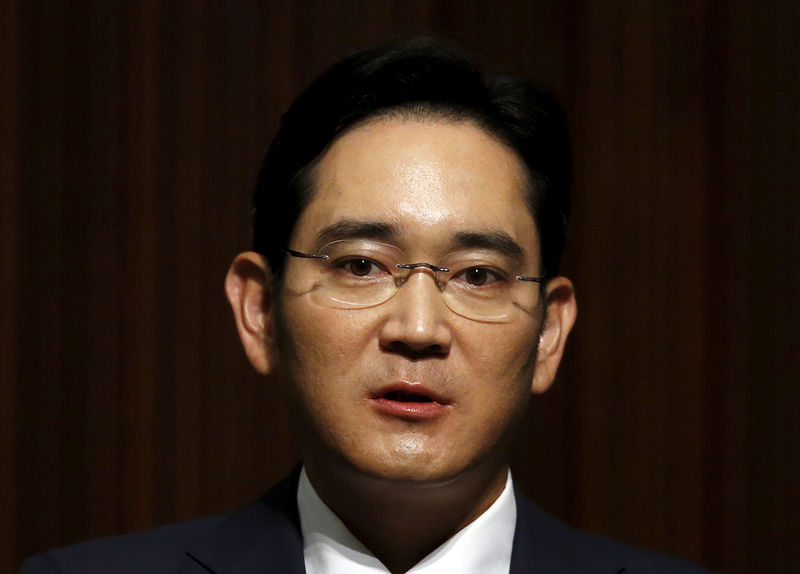 SEOUL (Reuters) – Samsung Group heir Jay Y. Lee will not seek an extension to his term as director of the board of Samsung Electronics (KS:005930), the Korea Economic Daily newspaper reported on Friday.

“He apparently thinks it is appropriate for him to leave the director post, considering circumstances including his trial,” the newspaper quoted an unidentified high-level Samsung official as saying.

South Korea’s Supreme Court in August ruled that the bribery case against Lee should be reviewed by a lower court, raising the possibility of a tougher sentence and potential return to jail.

Former South Korean President Park Geun-hye is currently serving a jail term for bribery that involved influence peddling by her friend Choi Soon-sil, who is also serving time, in a scandal that implicated several business leaders.

Lee, the only son of Samsung Group Chairman Lee Kun-hee, was elected to the board at Samsung Electronics in 2016.

In February 2017 he was arrested and spent a year in custody before his five-year sentence was cut by half and suspended and he was released.

His term as board director is set to expire this month unless the company convenes meetings of the board and shareholders to extend his contract.

Samsung Electronics did not respond to a request for immediate comment.

The stock market’s biggest problem this week isn’t the coronavirus or...

McDonald’s Fires Another Shot in Chicken Wars; Shares Up