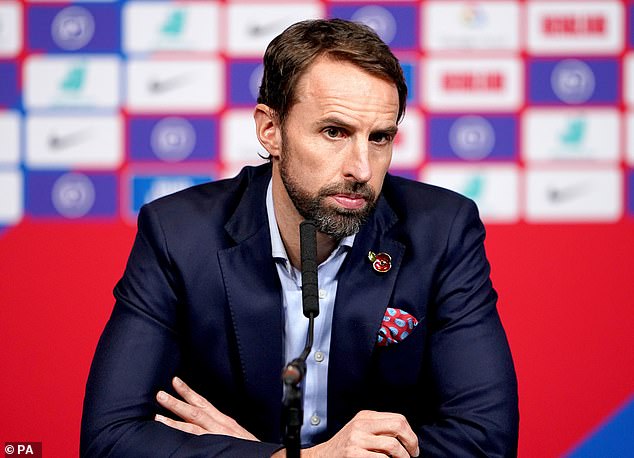 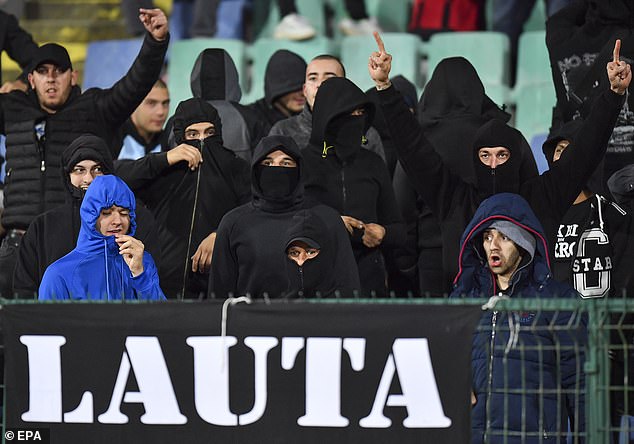 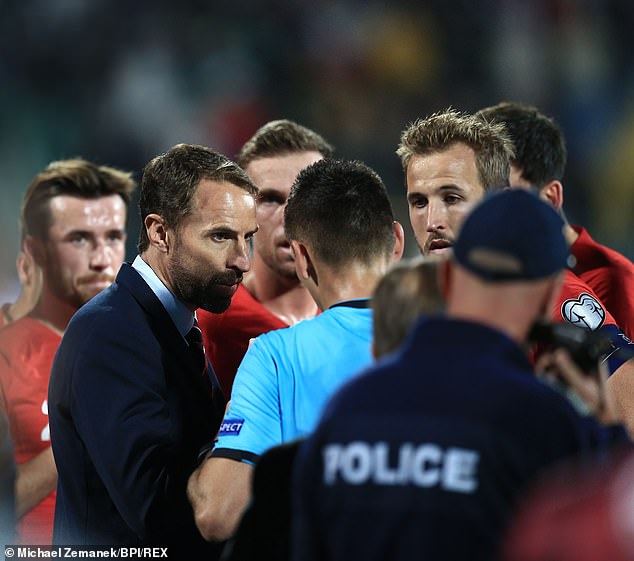 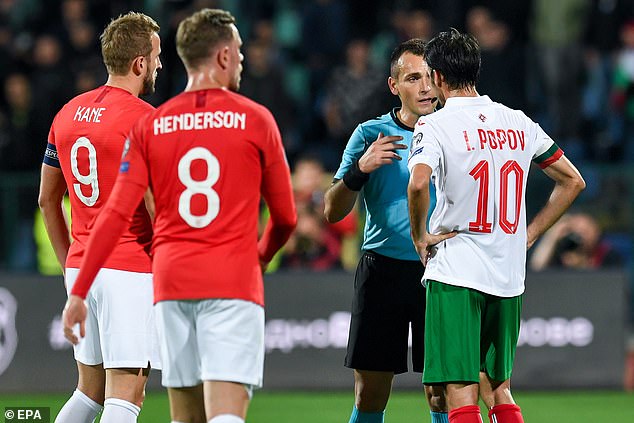 England manager Gareth Southgate believes sanctions against countries with issues over racial abuse at matches are going to have to get higher if the war against discrimination is to be won.

Bulgaria were ordered to play two games behind closed doors – one game suspended for two years – and fined £65,000 by UEFA after their Euro 2020 qualifier against England was interrupted twice by racist chanting last month.

Given that part of the stadium in Sofia was closed that night as punishment for previous racist incidents, it seems unlikely the right-wing faction of Bulgaria’s support will be discouraged by UEFA’s latest intervention.

Asked about the problem on Thursday night, Southgate said: ‘We’ve got to continue the sanctions.

‘I think the sanctions are going to have to get higher and higher. But I couldn’t honestly tell you what the right answer for that would be.’

Southgate was at pains to point out that Bulgaria are not the only nation with problems and added that the English game has its own issues to address, too.

‘There were clearly people in the ground in Sofia that have no place in football,’ he added.

‘But, those people exist in our stadiums as well and we’re maybe better equipped at stopping them coming in.

‘That’s something that, in some countries, they’re going to have to get better at, there’s no doubt about that.’

Southgate praised the actions of captain Ivelin Popov who appealed to his own supporters to stop the abuse at half-time last month.

He added: ‘Would I want to see him as an individual punished? Certainly not and there were loads of kids in the stadium who were desperate for pictures with our players.

‘So, we made friends there.’