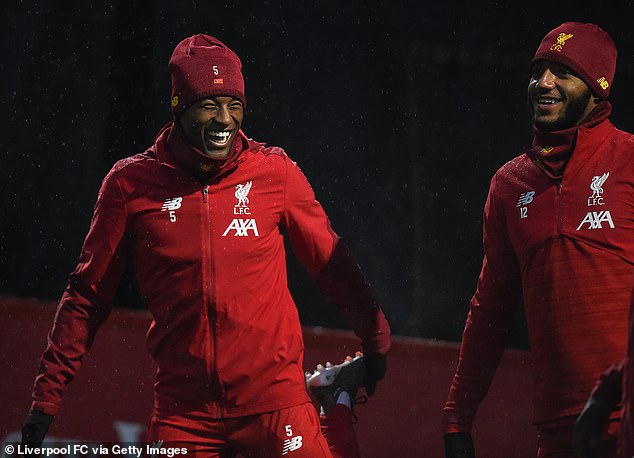 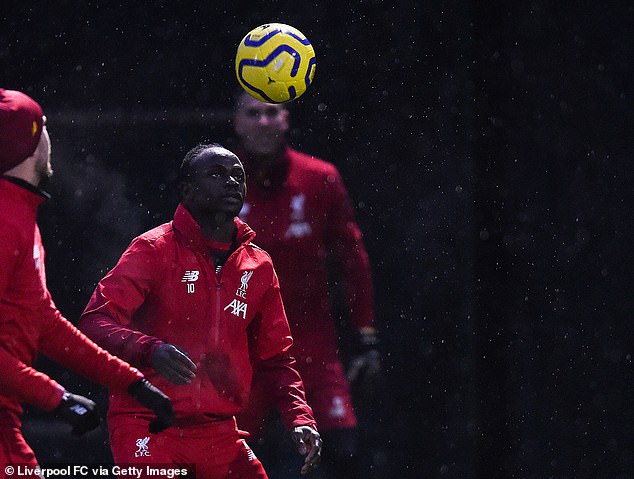 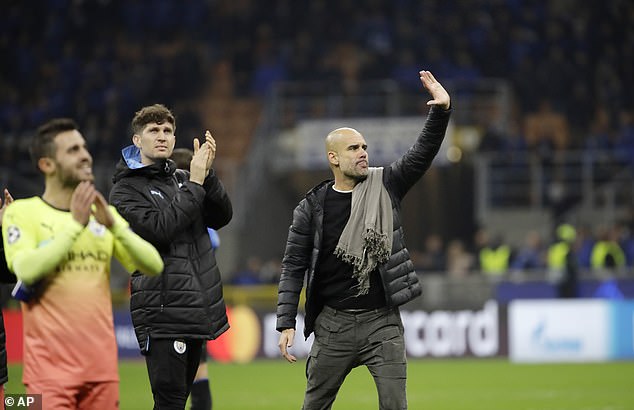 Liverpool host Manchester City at Anfield in a fixture that could go a long way in defining where the title ends up when the season finishes.

During a dramatic weekend of action last time out, City boss Guardiola couldn’t resist firing off an opening salvo at their title rivals and Senegal striker Mane in particular.

Mane dramatically scored Liverpool’s winner in the fourth minute of stoppage time at Aston Villa, but had seen yellow for simulation in the first half.

And speaking after City’s last-gasp win against Southampton and learning Liverpool’s outcome, Guardiola said: ‘Sometimes he’s diving, sometimes he has this talent to score incredible goals in the last minute. He’s a talent.’

Both Jurgen Klopp and Mane himself have addressed the issues since, with the latter jokingly making a cheeky dig at Guardiola by claiming he would ‘dive’ again.

And Mane’s team-mate, Wijnaldum, has defended the striker by questioning Guardiola’s comments.

‘I heard what he said,’ the Dutch midfielder told reporters. ‘He gave his opinion about us and the way he thinks. Nothing bad in that. That is his opinion. In his opinion Sadio is a diver. What can you say about that?

‘I didn’t see the Villa one back [when Mane was booked for diving], so it’s difficult to give my opinion on that, but I can’t remember Sadio doing it before. Now we have VAR as well, so…

‘How many players of ours have had a yellow card for diving? Sadio was the first, I think? So to say that we are divers, I think it’s a little bit strange. That’s my opinion.’

Thousands of coronavirus deaths 'will be wiped off the government's official...

Dr Fauci says parts of the country are 'on fire' with...