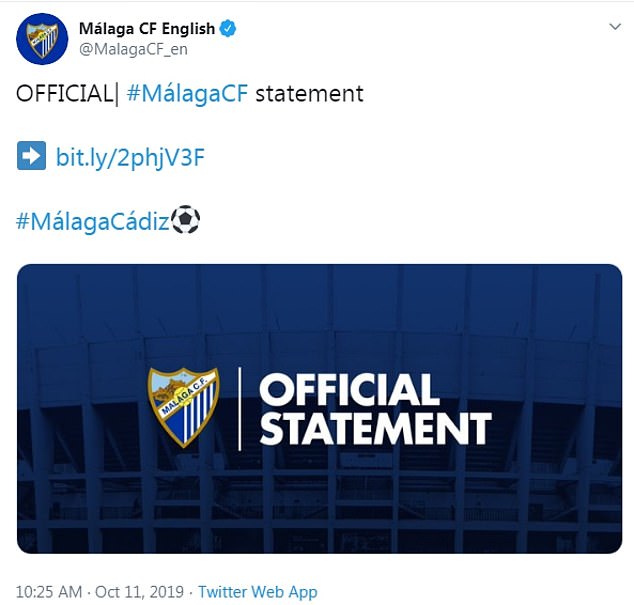 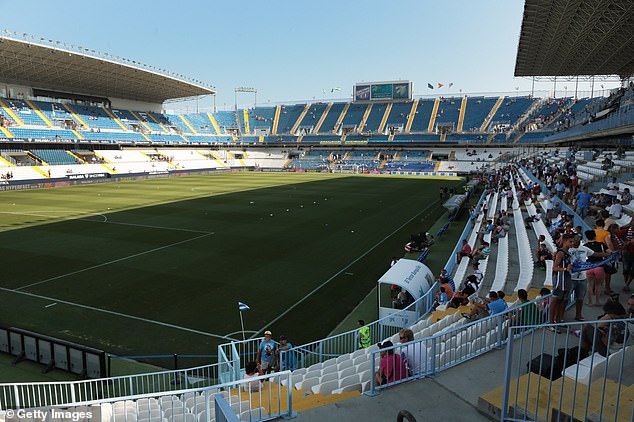 The Costa del Sol club host Cadiz this weekend at La Rosaleda, but they tried to call it off 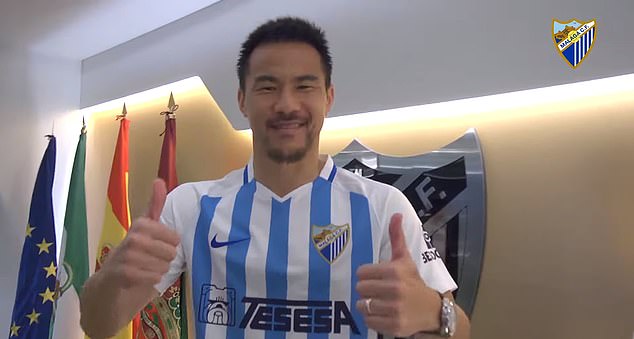 Malaga’s request to postpone their Segunda division clash against Cadiz this weekend has been refused by the Spanish FA… despite the cash-strapped club arguing that they don’t have enough players to fulfil their fixture.

The Costa del Sol outfit had asked officials to put back their match until later in the season due to a mixture of injuries, suspensions and international call-ups, but it was turned down.

A statement from the club read: ‘The #MalagaCadiz will not be postponed as a result of the casualties of different Malaga CF players due to international calls, medical leave or federation sanction.’

Regulations in the top two tiers of Spanish football state that at least seven first-team squad members must start any league match, meaning Malaga are unable to dip into their youth ranks to bolster the numbers.

Malaga have been struggling financially of late, having to let new signing Shinji Okazaki go without playing a single game as they couldn’t afford his wages.

As reported by Marca earlier this month, the club also need a cash boost of around £5m to be able to keep operating in the second tier beyond January.

The Spanish footballing authorities have previously come down hard on struggling clubs, recently banning Reus from professional football for the next three years and fining them £250,000.

Law firms, including, Boies Schiller approved for up to $13 billion...

Is this the end of the wallet? Apple files patent for...

Farce as it's revealed NO anti-doping tests were carried out on...