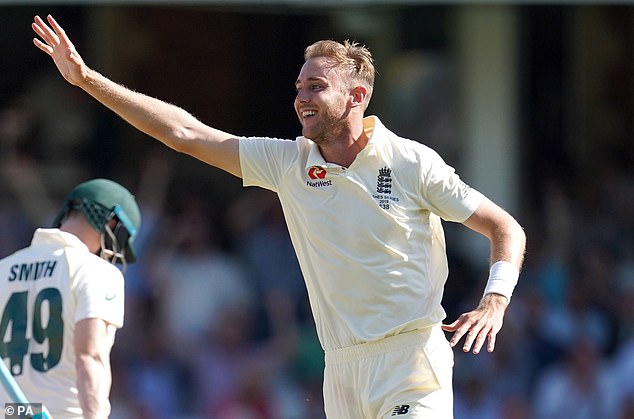 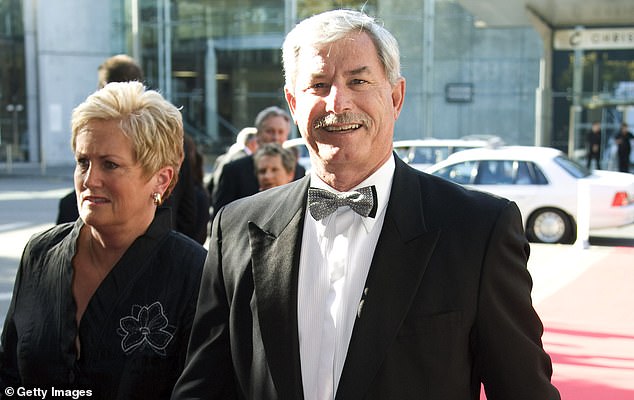 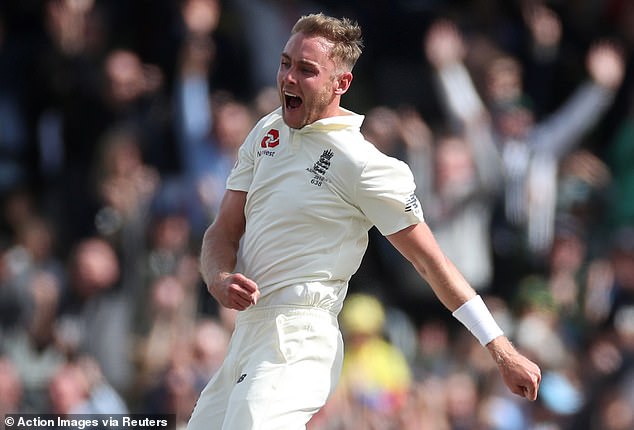 Broad is keen to go out on a high in Test cricket, at the World Test Championship final in 2021 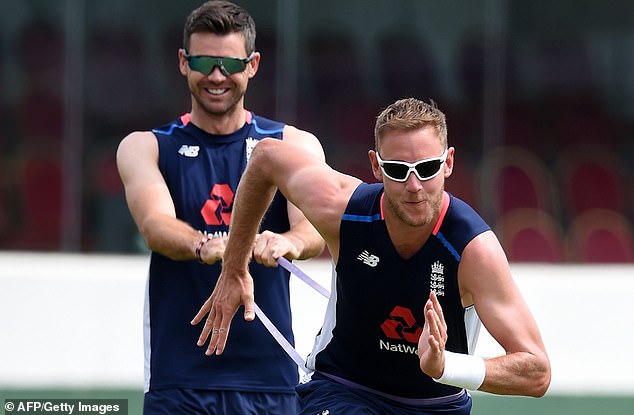 Only this time last year in Sri Lanka, Anderson and Broad were at their prolific best on the road 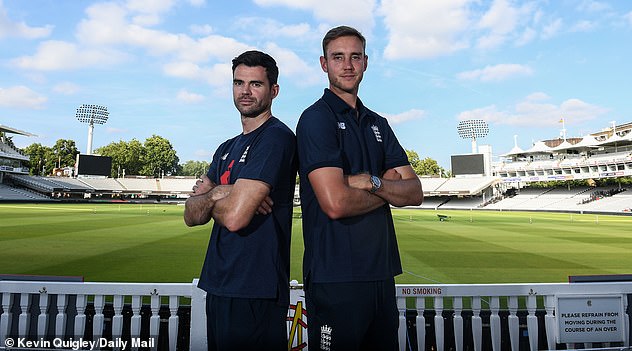 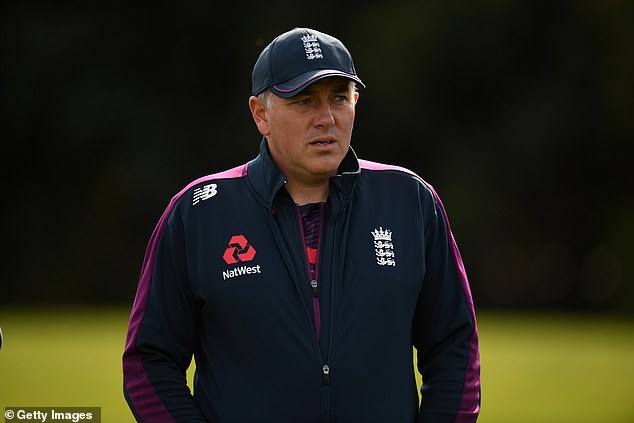 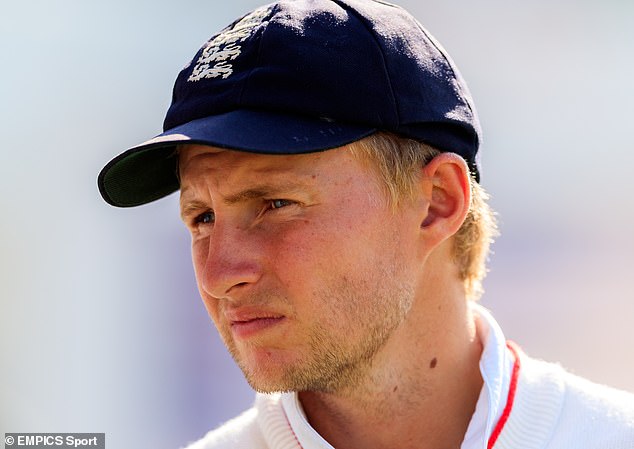 It would be remiss of me at the start of a tour of New Zealand not to mention what a great influence on me their greatest-ever cricketer Sir Richard Hadlee has been over the last couple of years.

He set me a challenge when I was last here at the start of 2018 that I am fully motivated to achieve. He had a book out and signed one for me with an instruction: ‘Stuart. Go and get 500 Test wickets.’

I thought that was such a long way away but it drove me on a bit to have someone of his stature believe I could do it. And here I am at 467. So maybe I can.

I’ve never been someone to target numbers particularly. Just ones I don’t want. I do not want to head into retirement with one that ends in 99. That would hack me off.

My intention, though, at the start of what is a big winter in Test cricket for this England team, is not to contemplate how long I have left but to drive forward. How long can I keep going? Well, my evergreen new-ball partner Jimmy Anderson is my inspiration on that front.

Yes, he’s had a tricky last few months with his calf injury but he has made it through to 37 as an international bowler. It’s very unlikely I’m going to go through to that sort of age but I am only 33 —still relatively young in sport.

Back in South Africa in early 2016, everybody was saying that Jimmy had had it. He had lost his pace. AB de Villiers said he was half the bowler he used to be. Since then his record has been quite incredible. So why can’t I keep going?

The natural break for me looks like being the World Test Championship final in the summer of 2021. I want to make sure England are in that final. Yes, it’s going to be tough given that we have five Tests in India, and two in Sri Lanka in qualification. Perhaps the toughest schedule of any team. But why not? We are capable of doing it with the talent we have.

However, if I ever feel that I can no longer improve or that I cannot reach the standards I want to be at, I’m not going to hang around. My biggest fear is bowling at a youngster and him thinking, “I thought he was decent, but he’s not”.

These days I am doing even more research to get the best out of me. I’m hungry to succeed. Hungry to improve. For a two-match series in New Zealand I believe that will mean maintaining that fuller length I bowled with in the Ashes last summer.

I was under massive pressure at the start of that series. Chris Woakes appeared in the headline when it was announced Jofra Archer had been left out of the first Test at Edgbaston.

When I clicked on the Twitter link for the story, the first five comments seemed to be a common theme, ‘Get Broad out’. This was just hours before the Ashes started. All I could think was “bloody hell”.

So after the opening day when I took five wickets, although it would be an exaggeration to say I was punching the air, when I got back into my hotel room I was certainly grabbing my fist.

I felt I deserved the summer I had because I worked bloody hard building up to it. Neither had I ever experienced a reaction like the one at the end of it. I lost count of the number of people who asked me whether David Warner was in my pocket. Even on holiday in America recently. It was incredible.

I take a lot of pride from my performances so far this year because quite rarely in sport does a plan come together. I talked quite openly in this column about what my plans were for the 2019 Test summer and what I said in print about making the batsmen play more, and the angles I bowled to left-handers, came to fruition.

To say I was at a crossroads in my career this time a year ago would be a strong way of putting it but relatively accurate. Things couldn’t have gone better since, really, winning the Professional Cricketers’ Association’s Test Player of the Summer. But the next challenge awaits.

For now, Jimmy and I are apart but I expect us to be reunited on the tour of South Africa. Let’s just say that Michael Vaughan’s suggestion that we should no longer play alongside one another in England Tests has given us some laughs. It’s a load of nonsense.

I would love to know who agrees with him and whether, in his heart, he actually believes what he said.

Why would you not allow arguably your best bowling partnership to play together when you are trying to win Test matches?

Look at Jimmy’s record, then look at mine. That’s a combined tally of over 1,000 Test wickets. I am not expecting to play every game together. I expect there to be quite a lot of rotation going forward over the next 18 months but if you have the chance of using us together in favourable conditions, why wouldn’t you? No one split up Courtney Walsh and Curtly Ambrose, did they? Or Shaun Pollock and Allan Donald.

The control that Jimmy and I can have on a game is hard to look past, I think. If you are captain, why wouldn’t you want us both bowling together? If we are at our best. If we’re not, then England have loads of depth in the bowling department.

Darren Gough, our bowling consultant here, is the reason that I took the England No 8 shirt. I opened the bowling with him in my first international game. I have a lot of respect for him, like the way he went about his cricket and during his 10 days with us he will bring energy and enthusiasm. He will talk bowling and we’ll listen.

Gough is here because of Chris Silverwood’s promotion to head coach. That’s a huge positive for me because I enjoyed working with him as bowling coach.

Chris appreciates I am a bit of a planner and quite methodical in the way I think. That for my mind to be changed I need to be shown facts, figures and results.

I am not someone who when told, “Buy this car” just says “Yeah, I’ll buy it”. You need to tell me, “Buy this car because it has got this, this, this and this”. It’s no good coming up to me and telling me to bowl a fuller length. Why? Show me the proof.

To his credit, the main leader in getting me to bowl fuller was Joe Root, particularly with the new ball. Jimmy and I have always had this mindset of trying to go at two and a half runs an over at the start of an innings, trying to build pressure.

But as the last Ashes showed, Australia might be 20 for no wicket after 10 overs. Then it only takes a couple of bad overs to release the pressure. Rooty has made it clear he wants that opening 10-over period to be a wicket-taking one.

I put my recent success down to my run-up change. Sir Richard Hadlee also said shortening his run-up improved him. I think I owe Sir Richard a bottle of red, don’t I?

My mum’s coming out to New Zealand. She’s great friends with the Hadlees and I want to catch up with him for at least one drink.