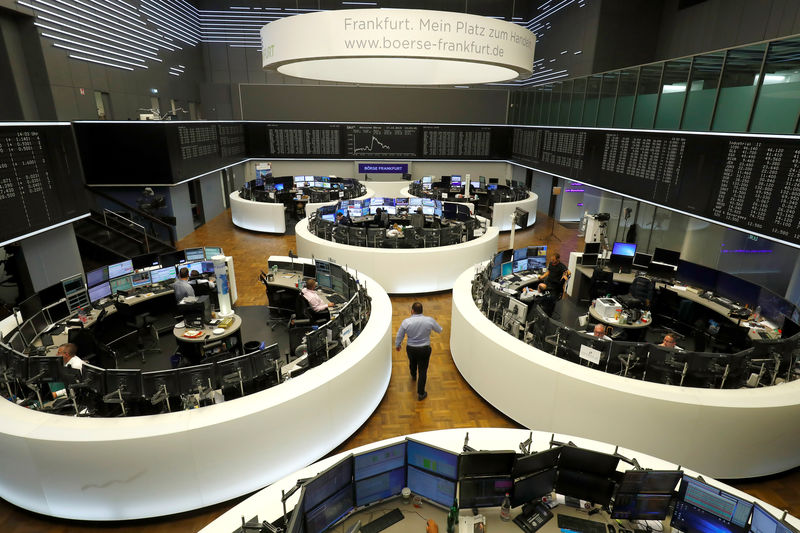 Few people will be brave enough to call the end of the 30-year bond bullrun, but the idea that sub-zero borrowing costs may not be around forever is one people are increasingly willing to entertain. Upbeat economic data, signs of a trade war truce and above all, central banks’ clear reluctance to cut interest rates further have shrunk the global negative-yield bond pool to $12.5 trillion from $17 trillion two months ago.

In Europe, Germany’s long-dated government borrowing costs rose above 0% recently while 10-year yields are up 50 basis points from early-September lows. Finnish, Belgian and Austrian 10-year yields too are flirting with the zero mark.

But are we just seeing another ‘bond tantrum’ that will soon peter out, like for instance the Bund selloff in April 2015? It’s true that sub-target inflation and deeply negative interest rates in the euro zone, Japan and elsewhere mean negative yields won’t vanish any time soon. Above all, some governments such as Germany, still oppose increasing state spending to boost growth.

So money managers will be wary of slashing bond exposure. They will be aware though, that at such low yields, even small moves up will send bond prices crashing, risking big losses on their portfolios. Several countries from Germany to Japan will release third-quarter growth data in coming days — a robust set of figures could push yields further toward zero.

-REUTERS SUMMIT-Is the end of negative bond yield phenomenon nigh

2/INFLATION, WHERE ART THOU?

The Fed lowered interest rates a third time on Oct. 30 even with the economy plugging along in OK shape. So what gives? The real concern is inflation — too little, not too much!

The string of quarter-point insurance cuts comes amid concerns about a global slowdown spilling over and is meant to counter low inflation, which keeps rates down and reduces the Fed’s ability to fight the next downturn. Underneath it all lurks the specter of disinflation, or demand-crushing Japan-style deflation.

Wednesday brings October’s Consumer Price Index, followed by Fed chairman Jerome Powell’s appearance before the congressional joint economic committee. Core year-on-year CPI is expected at 2.4% and headline at 1.7%. But the Fed’s favorite measure of core personal consumption expenditures is running around 1.6% – hovering mostly below the 2% target since pre-financial crisis.

On Friday, October retail sales and industrial production data will shed light on whether the consumer can continue to drive growth in the face of a struggling manufacturing sector and months of trade tensions.

The weekend brings to a close the annual China International Import Expo in Shanghai, where American companies turn out in force. A raft of global investors at the Reuters 2020 Investment Outlook Summit declared unwavering keenness to stay invested in a market that has done extremely well in 2019 and is expected to do just as well in the coming year.

Adding to that enthusiasm among business and investors are news headlines on gradual progress toward some sort of U.S-China trade truce. But details remain scarce and, in fact, there isn’t much to cheer in China this month.

October is seasonally weak because of the long National Day holiday, and recent data showed the trade war continues to take a toll on exports and demand. Economic growth has slipped to its weakest in three decades, forcing the central bank to make its first rate cut in nearly three years and pump cash into markets.

Key data on lending, investment and inflation are due in coming days. Even as the hubbub over another regional bank run fades, investors expect to get proof that bank lending and social financing deteriorated further, inflation remained high on rising pork prices and investment in factories was depressed.

– With trade war as a backdrop, U.S. companies walk a line at China expo –

Turkey’s President Tayyip Erdogan is heading to Washington for a powwow with his U.S. counterpart, Donald Trump on Wednesday. The two have plenty to discuss: Engagement, or disengagement, of Turkish and U.S. forces in northern Syria and related bilateral agreements, as well as Ankara’s purchase of Russia’s S-400 missile defense system, which under U.S. law should trigger sanctions.

Then there is a U.S. court case against state-owned Halkbank over evading sanctions in Iran. Meanwhile, a U.S. House of Representatives’ vote to recognize mass killings of Armenians a century ago as genocide has rankled Ankara.

The two men are said to have a strong bond, according to Turkish sources. The lira – a weathervane for Turkey’s economic outlook but also for the state of its geopolitical relations, especially with Washington – is on track for an 8% tumble in 2019, its seventh straight year in the red.

Those personal ties could prove crucial to Erdogan who seems adept at managing his relationship with the man at the helm of its largest NATO ally but may face much more hostility from the U.S. legislative branch.

Leaders of Brazil, Russia, India, China and South Africa meet in Brasilia for their 11th summit on Tuesday. Accounting for a third of world GDP, the bloc has evolved into a political organization, which also has its own development bank.

It’s been a long road since Goldman Sachs’ analyst Jim O’Neill coined the term BRIC in 2001 to describe a grouping of the four biggest emerging markets. The term has evolved from a catchy acronym to an investment concept spawning dozens of funds managing around $25 billion at their peak. Most BRIC funds have since quietly closed, but the countries themselves have adopted the grouping — only it’s BRICS now, with the addition of South Africa.

Times are tough though. China is mired in a trade war that’s damaging its export-reliant economy and India’s credit rating has been cut by Moody’s on worries about growth and the banking sector. Russia’s economy is semi-stagnant, under U.S. sanctions and locking horns with Turkey for domination of the Middle East. Brazil, just emerging from a brutal recession, is struggling to pass vital reforms. South Africa, with anemic growth, risks losing its investment-grade credit rating, cutting access to precious investment.

The upcoming summit is to focus on “economic growth for an innovative future”. Given all the problems the quintet face, innovation may be key.

-China’s Oct exports fall, but less than expected as trade war grinds on