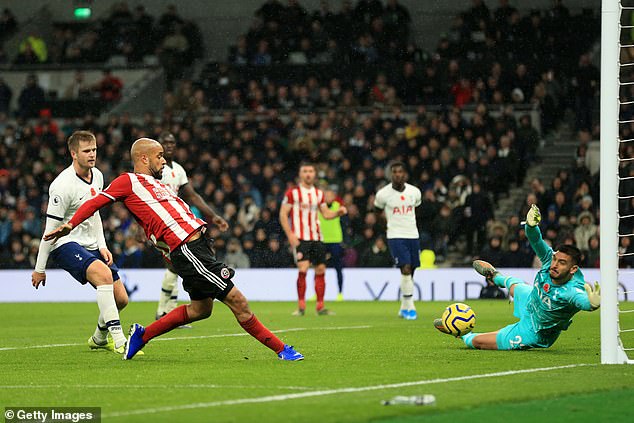 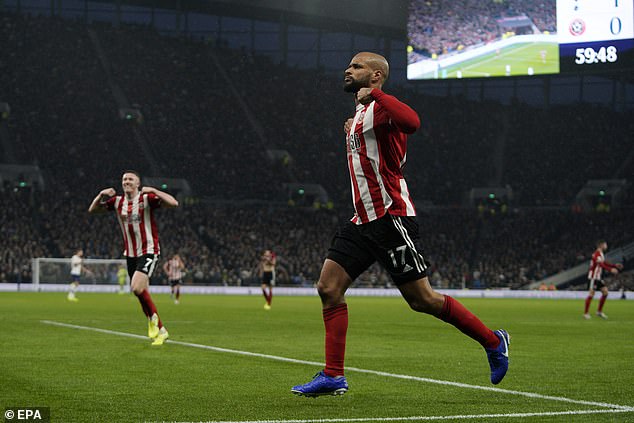 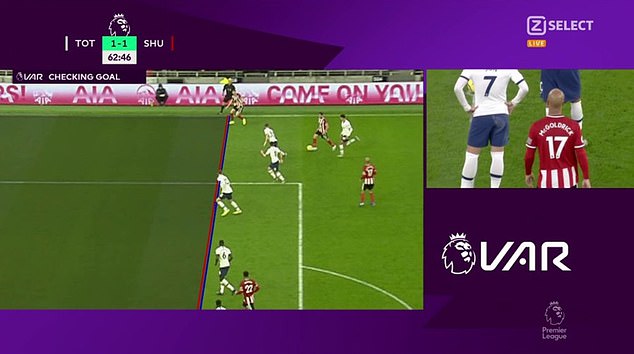 But, after a long consultation it was deemed that John Lundstram was offside in the buildup 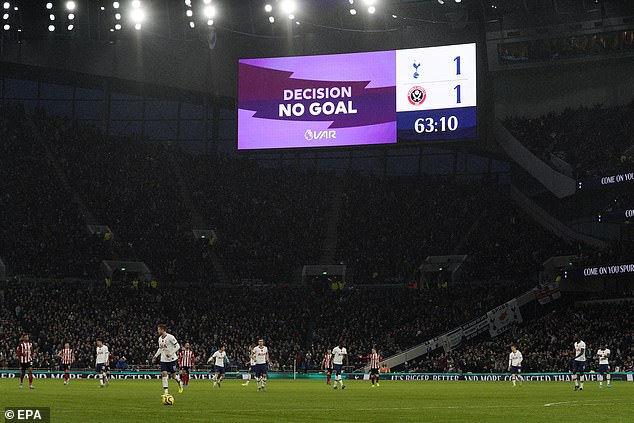 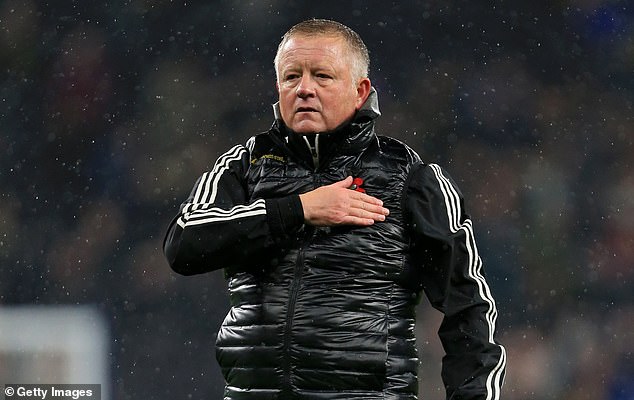 Despite the VAR controversy, Chris Wilder’s side did find an equaliser and left with a point

Sheffield United boss Chris Wilder accused VAR of ‘changing football’ after his side were controversially denied a goal in their 1-1 draw at Tottenham yesterday.

David McGoldrick’s “equaliser” was chalked off after a three-minute adjudication by fourth official Jon Moss as both teams lined up to kick off.

McGoldrick was onside but earlier in the attack, John Lundstram’s foot was judged to have been ahead of Eric Dier’s knee. Lundstram’s cross was cleared by Dier to Enda Stevens who then put in the ball for McGoldrick to score.

1: John Lundstram’s cross from the right is headed away by Tottenham’s Eric Dier

2: Enda Stevens collects on the left and crosses for David McGoldrick to score

3: Sheffield United celebrate and both teams return to halfway line to get ready for kick off

5: The goal is ruled out. Sheffield United fans sing rude songs about VAR with even some Spurs fans applauding in sympathy

6: Premier League put out statement clarifying goal has been ruled out for offside against Lundstram but don’t specify any body parts having been ridiculed last week for stating last week that Liverpool’s Roberto Firmino had an armpit in an offside position

‘We thought we had got back on level terms which wasn’t to be because John Lundstram’s big toe is bigger than it should be or whatever it is,’ said Wilder, whose side did score a deserved equaliser through George Baldock later on.

‘The length of the stoppage, I don’t think it does anyone any good, players, managers or, most importantly, supporters.

‘There is a bit of confusion, when is the reset? We were told about a reset in play.

‘We have attacked down the right, it’s got cleared and then the goal has come in from the left.

‘I am just glad the second goal was given. On a day like this, all sorts of things were turning through my head.

‘VAR is here to stay but they will have to take a look at it in the summer. It has changed the game.

‘I’ve been in football since I was 16 and I’m 52 now. When you see the penalty Brighton were given (against Everton), you scratch your head.

‘I’m fed up with talking about it and I am disappointed that VAR is the main talking point again when my players have come to Spurs in their own back yard and looked a threat.

‘They filled me with immense pride with and without the ball.’

Even Spurs boss Mauricio Pochettino had sympathy for The Blades. ‘I would understand if Chris complains or doesn’t complain. I empathise because it happened to us at Leicester when Sonny had a goal (disallowed). That was difficult for us to accept.

‘I’ve talked about it before, the referee must be the person that decides things on the pitch.’

Xavi rules out managing Barcelona in near future as club legend takes aim at hierarchy for chaos at boardroom level: 'There's a lot of...