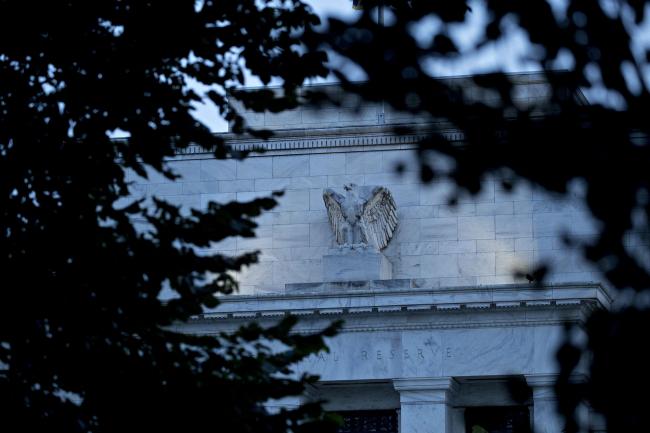 (Bloomberg) — The Federal Reserve’s last words before the customary silence preceding policy makers’ meetings left traders nearly certain the central bank is about to deliver its third rate cut in a row.

Futures are pricing in 23 basis points of reductions at the Fed’s Oct. 29-30 meeting after Vice Chairman Richard Clarida said Friday the central bank will “act as appropriate” to sustain the expansion as risks remain “evident.”

“The Fed just confirmed via Clarida’s comments that they’re currently biased to cut rates at the October meeting,” said Ian Lyngen, head of U.S. rates strategy at BMO Capital Markets. “The window to push back against that has effectively closed.”

Traders also still see a possibility of more action in December, with futures implying a total of 34.5 basis points of reductions by the end of 2019. That means, if the anticipated quarter-point cut comes this month, markets are forecasting 38% odds of another in the final meeting of the year.

“The Fed certainly wants to stop in October but if they shift to a truly data-dependent mode and the data doesn’t cooperate then the Fed will act as appropriate, and appropriate could well prove to be a cut in December,” Lyngen said.

Fed policy makers stop giving public comments in the lead-up to Federal Open Market Committee meetings, and Clarida’s remarks were the last before the start of this blackout.

The pause will leave investors guessing about the Fed’s interpretation of two key events that have been dragging global markets. U.S.-China trade negotiators are still laboring toward an early-stage deal, with the prospect of more talks this month. The U.K. prime minister faces a pivotal vote on the plan to exit the European Union. And pessimists on the growth outlook found some support in this week’s poor retail sales figures.

Moreover, unless anything radical changes over the coming days, history suggests the Fed will cut, as it’s never withheld easing against the market’s expectations.

(Updates December odds and adds quotes from a strategist)