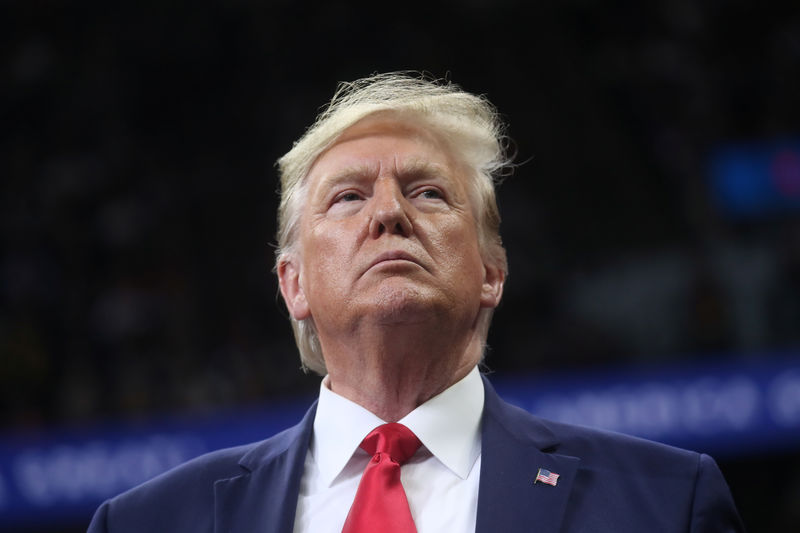 NEW YORK (Reuters) – U.S. President Donald Trump on Friday urged a federal appeals court to block New York prosecutors from obtaining eight years of his tax returns, arguing that he was immune from criminal investigation as a sitting president.

In a filing with the 2nd U.S. Circuit Court of Appeals in Manhattan, Trump said there was “broad bipartisan agreement, for decades if not centuries, that a sitting president cannot be subjected to criminal process.”

Manhattan District Attorney Cyrus Vance, a Democrat, in August subpoenaed Trump’s personal and corporate tax returns from 2011 to 2018 and other records from the president’s longtime accounting firm Mazars USA.

In a separate filing on Friday, the U.S. Department of Justice argued that the court must block Vance from getting the tax returns until they have made a “heightened and particularized showing of need for the documents’ production.”

Though the Justice Department stopped short of saying Vance could not get the returns under any circumstances, it said it was “unlikely” he could demonstrate an immediate need for them because the U.S. Constitution bars states from prosecuting a sitting president.

“Recognition of these principles does not place the president above the law; it merely postpones initiation of any potential criminal prosecution until his term of office ends,” the department said.

Vance’s subpoena was part of a criminal probe into the Republican president and his family business. The scope of that probe is not publicly known.

Trump sued Vance’s office in Manhattan federal court to block the subpoena. U.S. District Judge Victor Marrero threw out Trump’s lawsuit on Monday, calling his claim that he was immune from investigation “repugnant to the nation’s governmental structure and constitutional values.”

The 2nd Circuit has put Marrero’s order on hold, and is scheduled to hear arguments in the case on Oct. 23.

Vance’s investigation comes amid an impeachment inquiry and investigations into Trump’s finances by Democrats in the U.S. House of Representatives.

Separately on Friday, a federal appeals court in Washington backed an effort by a House Oversight Committee to obtain Trump’s financial records from Mazars.

Two other House committees are seeking to obtain Trump’s financial records from Deutsche Bank AG (DE:DBKGn) and Capital One Financial Corp (NYSE:COF). The 2nd Circuit is currently considering a lawsuit by Trump to block them from getting those records, which do not include his tax returns.

Donors pledge 253 million euros in emergency aid for Lebanon after...