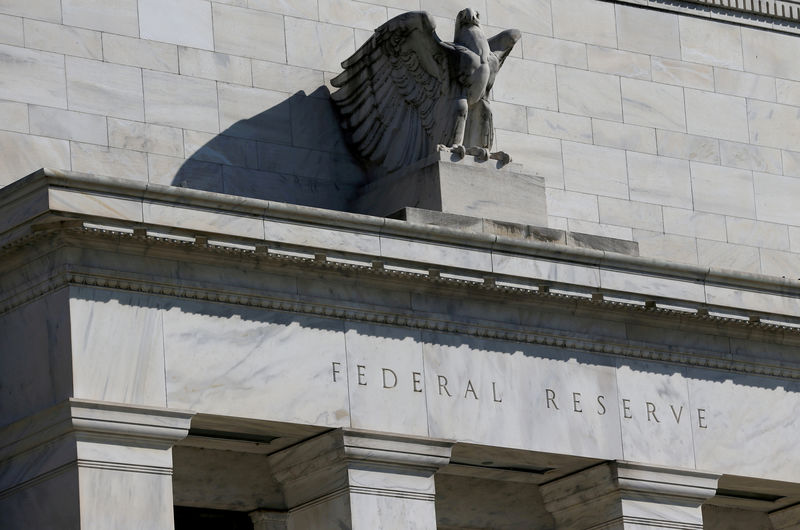 (Reuters) – The U.S.-China trade war will worsen or at best stay the same over the coming year, according to economists in a Reuters poll who expect the Federal Reserve to cut interest rates next week for the second meeting in a row.

The median probability of a U.S. recession in the next two years held at a high of 45% and the chance of one in the next 12 months held at 30%.

But the expected quarter-point rate cut is unlikely to satisfy U.S. President Donald Trump, who in tweets this week called on Fed policymakers to slash interest rates into negative territory to boost slowing economic growth.

That was after Fed Chair Jerome Powell – who Trump appointed – said last week that political factors played no role in the central bank’s decision-making process.

While over 85% of economists who answered a set of additional questions said the Fed “should” cut rates next week, nearly 80% said that any decision to do so would not be influenced by Trump’s criticism of the central bank.

“The Fed is actually saying, ‘Hey, some of the trade risks are starting to play out and are bleeding into the economic data, and the best way to meet the mandate is to keep the economic engine going. The best way to do that is to cut interest rates, so that they don’t go into recession.”

While the United States and China made mutual concessions in their trade dispute, which has now run for over a year and has bruised world economies and rattled markets, global manufacturing activity and business confidence has taken a hit.

Nearly 80% of over 60 economists said U.S.-China trade relations would either worsen or stay the same by the end of next year. These same economists have been warning for two years now, in responses to questions asked in Reuters polls, that protectionism was the biggest threat to the world economy.

What has changed recently is that they are generally no longer optimistic about a resolution any time soon.

“The tariffs that have been announced to go into effect in October and December will go on. We could get some more meetings, but ultimately we don’t see any resolution coming,” said Andrew Schneider, U.S. economist at BNP Paribas (PA:BNPP).

“Probably the risk of further escalation is greater than the risk of some form of agreement.”

Major central banks have resorted to loosening policy as growth and inflation expectations are slipping. The European Central Bank was the latest to do so.

ECB President Mario Draghi, who steps down at the end of next month, on Thursday delivered his final “whatever it takes” salvo.

He announced a 10 basis point deposit rate cut to -0.5% and restarted the asset purchases program, which was shuttered less than a year ago, with 20 billion euros per month for “as long as necessary”.

The U.S. central bank is then expected to cut again next quarter to 1.50%-1.75%, lining up with futures market expectations. But after that, it is expected to stay on the sidelines through to end-2020 at least.

That is largely driven by expectations the Fed’s preferred gauge of inflation – core personal consumption expenditures (PCE) prices – would not rise significantly over the coming year.

For this year, only two of over 50 economists expect that inflation measure to average at or above the Fed’s 2% target.

But despite expectations for two more Fed rate cuts, U.S. economic growth was forecast to slow to an annualized rate of 1.7% by end-2020 from the 2.0% reported for last quarter and well below the 3.1% rate in the first quarter.

Not only are the latest set of growth predictions a downgrade from last month for most quarters, over 80% of common contributors either cut their growth outlook or left them unchanged.

“I would say the risk of a recession has been brought forward,” added TD’s Orlando.

The 34 areas of England where Covid-19 cases have RISEN in...

Children living in a family that has a dog when they...