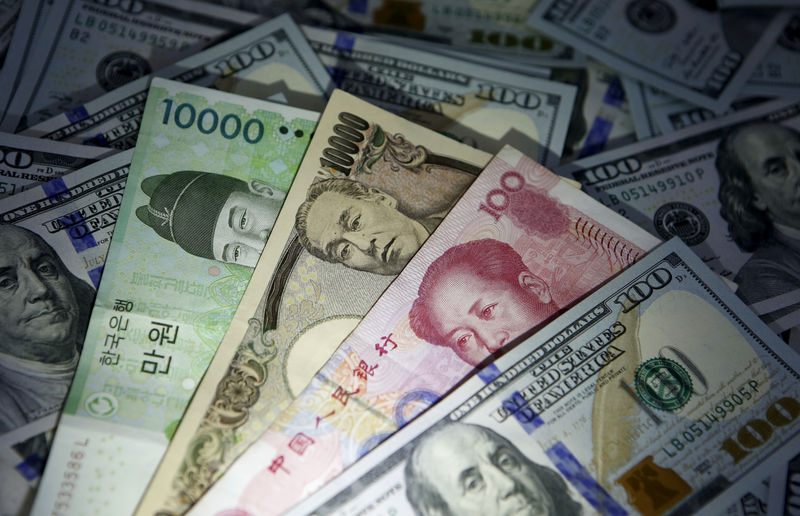 (Reuters) – The U.S. dollar’s share of currency reserves reported to the International Monetary Fund fell in the second quarter to its lowest level since the end of 2013, while the yen’s share of reserves grew to the largest in nearly two decades, data released on Monday showed.

This was the greenback’s smallest share of overall reserves since the fourth quarter of 2013 when it was 61.27%.

The share of foreign exchange reserves in the Japanese yen, the euro and the Chinese yuan all increased from the previous quarter, extending a recent trend where the dollar’s share of currency reserves has declined at the expense of these currencies.

“With the yuan becoming a reserve currency with the IMF’s blessing, it means loans and things that were not denominated in yuan are now prevalent,” said Juan Perez, senior currency trader with Tempus Inc in Washington.

“Additionally, euro and yen increased in the reserves of other banks who saw the euro as a safe-haven because of the European Central Bank’s commitment to the currency, while the yen’s safe-haven status made it more attractive with every scare or potential for regression in economic progress,” Perez said.

The U.S. dollar remains the world’s dominant reserve currency but central banks around the globe appeared to continue to diversify their reserves away from the greenback.

The yen’s share of global allocated currency reserves rose to 5.41% in the second quarter of 2019 to the largest since the first quarter of 2001.

The share of allocated currency reserves held in yuan, also known as renminbi, rose to 1.97%, the highest since the IMF began reporting its share of central bank holdings in the fourth quarter of 2016.