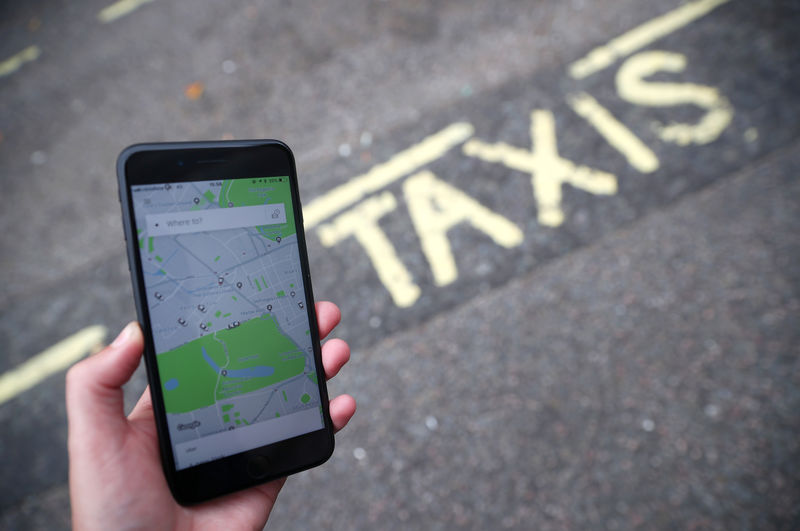 © Reuters. The Uber application is seen on a mobile phone in London

LONDON (Reuters) – Uber Technologies Inc (N:UBER) says the UK is seeking to classify the company as a transportation provider, potentially opening it up to new tax charges that could weigh heavily on its business, according to UK accounts filings in recent days.

It is the latest headache for the U.S. ride-hailing company, which is also facing regulatory problems in London, one of its largest markets.

Uber says it could be charged 20% VAT on gross booking fees – the amount passengers pay — or on service fees charged to drivers, typically about 20-30 percent of the fare.

The tax could eat into Uber’s margins or force it to increase fares, making it less competitive against rivals, who have previously complained about Uber’s non-payment of VAT.

Uber said the charges could apply “both retroactively and prospectively”, risking a back tax claim that could run to hundreds of millions of pounds.

Uber said it believed the position of Her Majesty’s Revenue and Customs (HMRC) “in similar disputes and audits is without merit” and is defending itself vigorously.

Currently, Uber is structured so that, for tax purposes, it exports digital services to UK-based drivers from a Dutch subsidiary, Uber BV. In future, HMRC could deem its UK operation to be the provider of a transportation service, thus exposing it to VAT.

Last month, Uber received only a two-month London operating license, failing to secure a maximum five-year term in a battle with the regulator, which has previously stripped the company of its right to take rides.