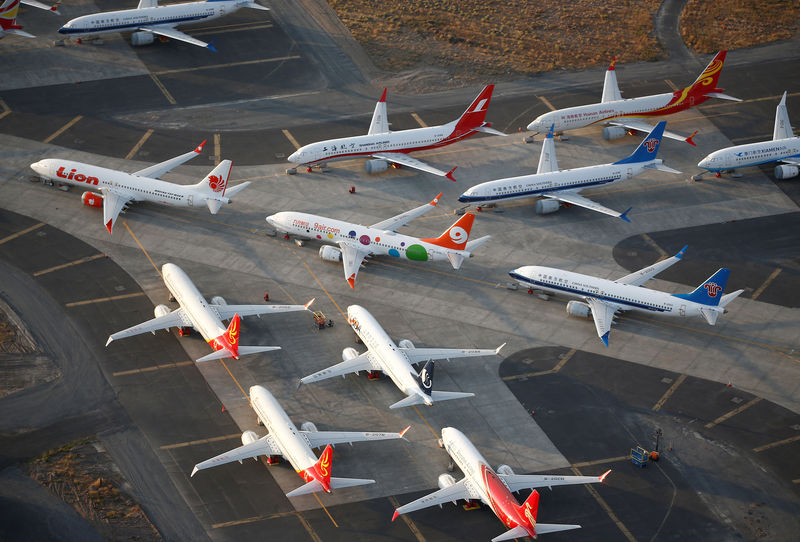 The company said it expects to cancel more than 8,000 flights for October, November, December and the first few days of January and that it will monitor regulatory updates and make adjustments accordingly. Among other U.S. airlines that operate the MAX, Southwest Airlines Co (N:LUV) has canceled flights through Jan. 5, while American Airlines Group Inc (O:AAL) has extended cancellations of Boeing 737 MAX flights through Jan. 15.

“We have cooperated fully with the FAA’s independent review of the MAX aircraft, and we won’t put our customers and employees on that plane until regulators make their own independent assessment that it is safe to do so”, the company said in a statement.

The fast-selling 737 MAX has been grounded worldwide since mid-March while Boeing Co (N:BA) updates flight control software at the center of two crashes in Indonesia and Ethiopia that together killed 346 people within a span of five months.

Boeing is planing a revision of the 737 MAX software to take input from both of its angle-of-attack sensors in the anti-stall system linked to the two deadly crashes and has added additional safeguards.

The company is also addressing a flaw discovered in the software architecture of the 737 MAX flight-control system involving using and receiving input from the plane’s two flight control computers rather than one.

Federal Aviation Administration (FAA) Administrator Steve Dickson told Reuters in September that the agency will need about a month following the yet-to-be scheduled certification test flight before the planes could return to service.

Reuters reported this week that the flight is not expected before Nov. 1, as the FAA continues to review software changes, meaning the FAA is unlikely to allow its return until late November or December at the earliest.