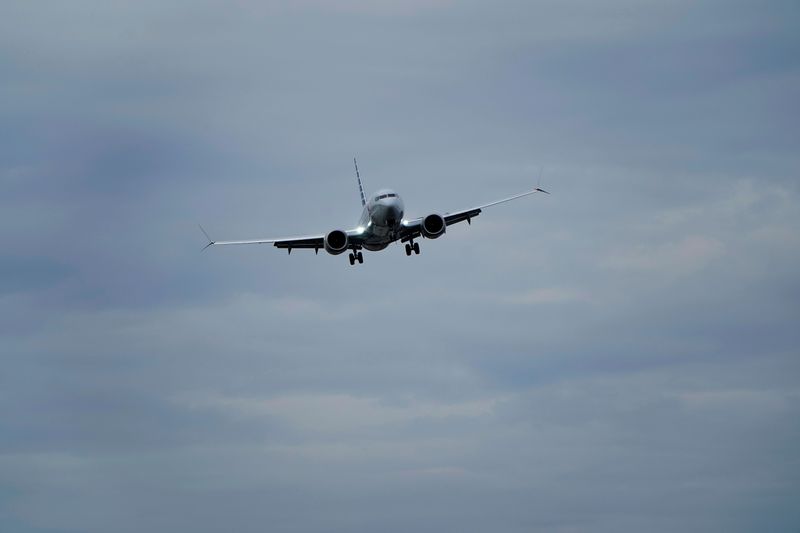 CHICAGO (Reuters) – United Airlines Holdings Inc (O:UAL) on Tuesday beat Wall Street estimates for quarterly profit and held to its 2020 profit target, with a turnaround strategy overseen by its outgoing CEO underpinning growth even as the Boeing 737 MAX remains grounded.

Chicago-based United is one of three U.S. airlines cancelling more than 1,000 monthly flights in a hit to profits as the 737 MAX remains grounded following two deadly crashes in Indonesia and Ethiopia. Boeing Co (N:BA) said on Tuesday it does not expect approval for the 737 MAX’s return to service until mid-year, later than previously forecast.

While United has warned of a hit from the MAX grounding, it did not disclose any estimated financial impact from the fallout and stood by its full-year adjusted EPS range of $11 to $13.

Revenue per mile flown, a closely watched industry measurement, rose 0.8% in the fourth quarter and United forecast similar growth in the first quarter given solid bookings.

However, unit costs excluding fuel and profit-sharing expenses, a concern for investors in a year of contract negotiations with pilots, rose 2.7%.

United had already announced a non-cash impairment charge of $90 million in the fourth quarter related to its Hong Kong routes, following anti-government protests in the city.

Shares of United closed 4.4% lower at $85.79 before the earnings release, tracking sharp declines for U.S. airline and travel stocks on concerns over the Wuhan coronavirus in China, which J.P.Morgan analyst Jamie Baker said poses a near-term overhang for airlines.

United did not comment on the outbreak in its results but separately said there is no impact on its operations and it remains in close contact with U.S., Chinese and other Asian authorities on safety.

United management will host a conference call to discuss results on Wednesday at 10:30 a.m. EST (1630 GMT).

The three airlines are scheduling without the MAX until early June though that timeline will likely need to be pushed back following Tuesday’s guidance from Boeing.

United, which had 14 737 MAX jets in its fleet at the time of the grounding, said it plans to take delivery of 28 MAX variants in 2020 depending on U.S. regulatory approval and Boeing’s subsequent pace of production and deliveries.

Among other aircraft orders, it expects to take delivery of two Boeing 777-300s and 15 Boeing 787s in 2020 but has decided to assign its purchase obligations for 20 Embraer 175s to one of its regional partners once each jet is delivered.

Lakers lobby for Davis as defensive player of year