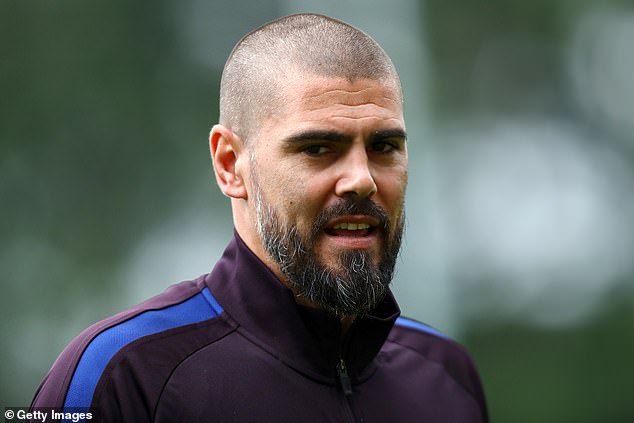 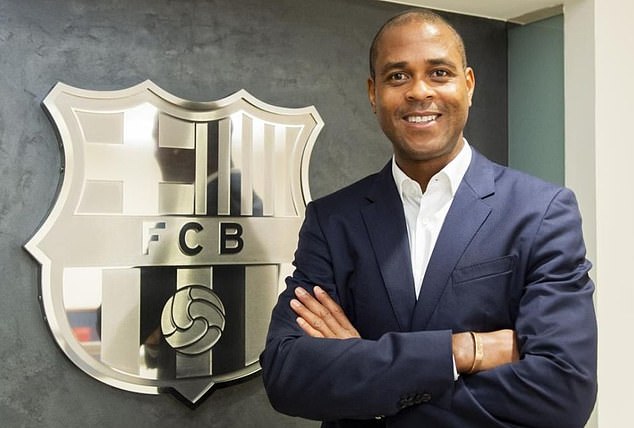 Victor Valdes has sensationally been sacked as Barcelona Under-19s coach after a fall-out with former team-mate Patrick Kluivert.

The 37-year-old, who made over 500 appearances for the club, stepped up to youth team coach in July – during the same period Kluivert took over as head of La Masia academy – but the relationship between the pair has soured to such an extent that Valdes has been booted out.

A Barca statement read: ‘FC Barcelona have informed Víctor Valdés on Monday that he is no longer U19A coach and no longer employed by the Club. Franc Artiga, up till now coach of the U19B and part of the youth set up at La Masia since 2010, will take over as coach of the U19A.’

Reportedly, the pair – who played together at the Nou Camp from 2002 until 2004 – have fallen out over a number of issues but the most significant is Valdes’ reluctance to adapt his formation to a rigid 4-4-2.

Valdes was also unhappy with Kluivert and the club’s decision makers over being unable to use the Estadi Johan Cruyff as the Under-19s ground because the B team and women’s team play there.

Since leaving the club as a player in 2014, Valdes’ career has taken on a rapid decline.

After two failed years at Manchester United and a brief loan spell at Belgian side Standard Liege, the Spanish World Cup winner retired after playing for Middlesbrough three years ago.

He was rumoured to be in line to take charge of the first team at Barca given Ernesto Valverde’s seemingly precarious position.

But his stock with the club’s hierarchy has dropped immeasurably, with Kluivert in particular clashing with his former team-mate.

Valdes’ Under 19s had won four of five league matches this season but lost both of their UEFA Youth League games – against Borussia Dortmund and Inter Milan.