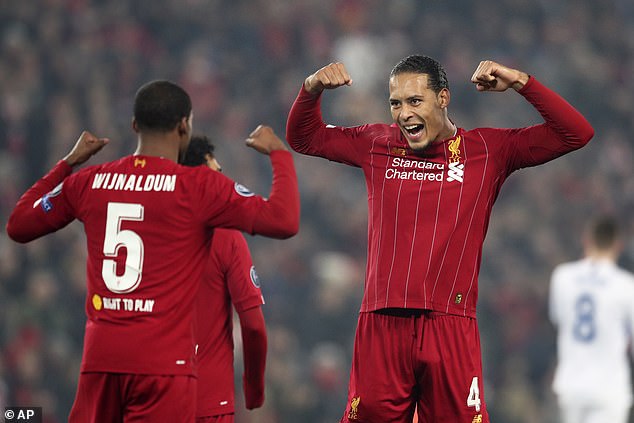 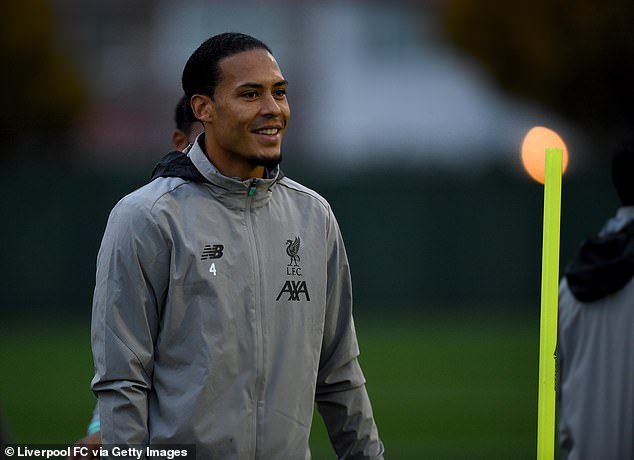 Lack of leaders is a common grumble at most Premier League clubs these days but it is not a problem Jurgen Klopp faces.

It is a reminder of Liverpool’s strength in depth that Virgil van Dijk is not their captain or even vice-captain. Jordan Henderson skippers, James Milner deputises, with Van Dijk and Andy Robertson — captains of the Netherlands and Scotland, respectively — in the wings.

Victory over Manchester City at Anfield on Sunday would put the Reds nine points clear of their major rivals and in the away dressing room even Pep Guardiola will cast an envious eye at Klopp’s leadership gang.

Van Dijk, 28, is in elevated company these days, alongside Cristiano Ronaldo and Lionel Messi as a main contender for this year’s Ballon d’Or. Liverpool have not lost in the league at Anfield since his £75million arrival from Southampton in January 2018 but his influence goes well beyond pace, tackling, heading power and goal-line clearances.

‘You shouldn’t have fear when you go on the pitch. It’s not something we feel,’ says Van Dijk. ‘We know we have the quality to win games but understand the other team has a chance if we don’t finish our chances.

‘The experience we had last season will help us, both winning the Champions League and getting so close in the Premier League.

‘Winning the Champions League can get you up in the clouds but the manager, staff and players, have the right mentality that we want to win trophies. We are going to go for it. If it doesn’t bring us what we want we will just try again next year.’

Of course, City present a challenge like no other. Their 2-1 win at the Etihad Stadium in January remains Liverpool’s only league defeat of the calendar year.

‘Their threats are obvious,’ assesses Van Dijk. ‘They are champions, quality throughout, a clear plan, fantastic manager, fantastic players and very difficult to beat.

‘We are six points above them but it can change quickly. We’re not going to think or discuss about whether a draw is good — we want to win every game.

‘We’re happy with the situation we are in right now in the table, the way we are winning games. What the manager says about focusing only on the next game is true. That’s been the message since I came here.

‘We know how the fans feel but we can’t have regrets about last season. City were just one point better than us and you have to respect that.’

Van Dijk was delighted with the response Liverpool showed after their last defeat against City. ‘We just kept winning. It was like being on auto pilot,’ he says.

Liverpool have won 19 of their last 20. Another three points on Sunday and even Van Dijk will struggle to put a lid on the excitement felt by their fans.

40 million Americans are at risk of eviction without a stimulus...