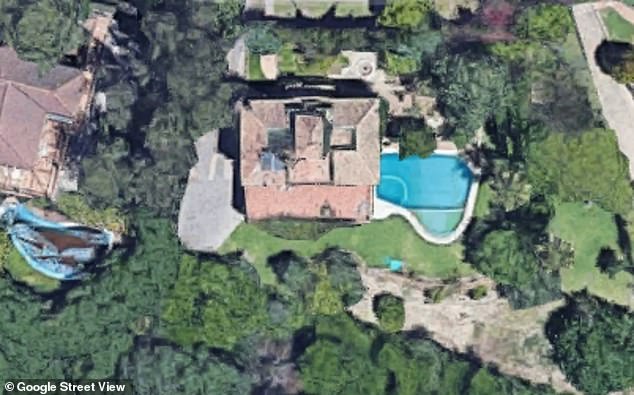 The 20-year-old had completed his audition at this house near Seville around 7pm Sunday when he asked to take a dip in the pool, and was found unconscious a short time later 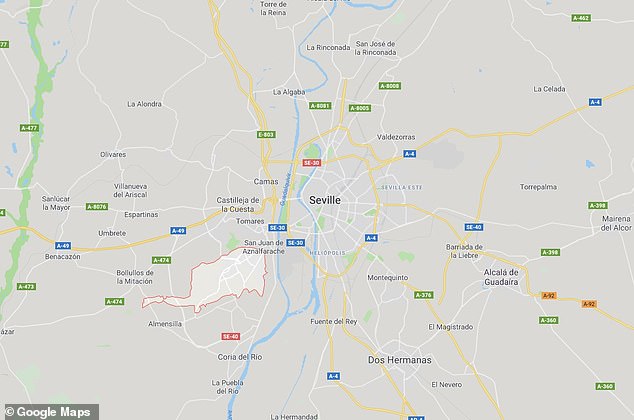 Police and paramedics were called to Mairena del Aljarafe, on the outskirts of Seville (highlighted), but they could not revive the man and he was pronounced dead at the scene

The 20-year-old completed his audition at a house in the town of Mairena del Aljarafe, on the outskirts of Seville, when he asked the movie directors if he could take a dip while he waited for a friend to pick him up.

Film technicians spotted him lying at the bottom of the pool a short time later and pulled him out, only to discover he wasn’t breathing.

Police and paramedics were called but efforts to revive him were unsuccessful and he was pronounced dead at the scene.

The alarm was raised just after 7pm on Sunday. The property is on a residential estate known as Simon Verde.

Do you know the waiter or have more information? [email protected]

The Civil Guard force has launched an investigation into the death of the unnamed man, said to have worked as a waiter in a bar in the centre of Seville.

Local reports said there were no signs of violence and an autopsy has confirmed that he suffered heart failure after getting into the pool, local media reported.

A spokesman for a regional government-run emergency services coordination centre confirmed: ‘A young man aged 20 has drowned in a private pool at a house in Mairena del Ajjarafe.’

No further details have been released about the movie that was being filmed there.

Do you know the waiter or have more information? [email protected]