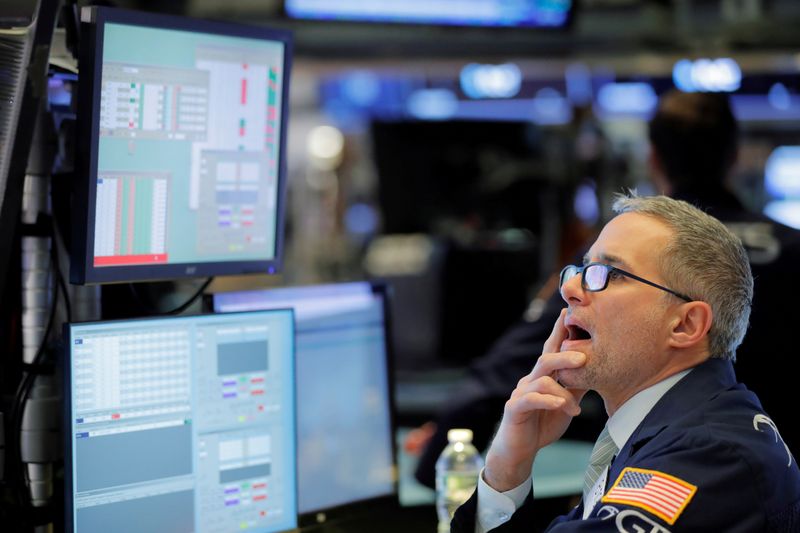 (Reuters) – U.S. stocks rose on Tuesday as gains in technology and financial shares helped major indexes recover from their worst selloff in about four months on worries over a coronavirus outbreak and its impact on global growth.

Markets across the world stabilized as the head of the World Health Organization (WHO) said he was confident in China’s ability to contain the virus outbreak, which has killed 106 people, prompted businesses to close operations and curbed travel.

“Some of the comments coming out of the WHO and other medical advisers are helping markets catch a breath after yesterday’s decline which was somewhat overdone,” said Peter Cardillo, chief market economist at Spartan Capital Securities in New York.

Investors will keep a close watch on Apple Inc’s (O:AAPL) results, due after markets close, amid concerns of a disruption in iPhone production as the coronavirus spreads across major markets like China.

Its shares were up 1.2%, providing the biggest boost to the main indexes, after falling about 3% on Monday.

Earnings reports were mixed, with U.S. industrial giant 3M Co (N:MMM) sliding 4.7% after it forecast 2020 profit below expectations as it faced sluggish demand in Asia.

Shares in Xerox Holdings Corp (N:XRX), known for its photocopiers and printers, jumped 5.1% after it reported 2020 profit above Wall Street expectations.

Earnings are now expected to show a decline of 0.5% for the fourth quarter, according to Refinitiv data. Of the 87 companies that have reported through Monday, 67.8% have topped expectations, lagging the average rate of 74% from the past four quarters.

Pfizer Inc (N:PFE) fell 3.4% after the drugmaker reported a lower-than-expected quarterly profit and a decline in revenue as sales of its off-patent pain treatment Lyrica more than halved.