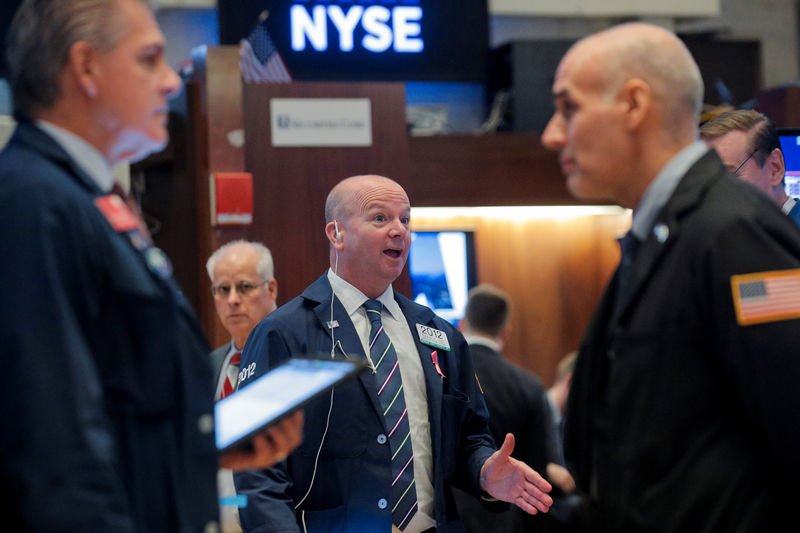 (Reuters) – Wall Street rose for the third straight session on Friday, as investors expected top-level trade talks between the United States and China to result in a partial trade deal and delay planned U.S. tariff increases.

Shares of Apple Inc (O:AAPL) hit a record high and were the biggest boost to the S&P 500 and Nasdaq, while the technology sector (SPLRCT) was headed for its best day in five weeks.

President Donald Trump said the trade negotiations were going well, and he would meet Chinese Vice Premier Liu He later in the day. The top-level discussions enter their second day on Friday.

Analysts said equity markets have grown hungry for some sort of breakthrough in the latest round of negotiations.

“Over the last couple of months, we have seen firms taking a hit from the uncertainty around trade and markets will be looking for any clues to remove that uncertainty,” said Scott Brown, chief economist at Raymond James in St. Petersburg, Florida.

“It is still going to be a one step forward, two steps backward tone with the talks, but there are hopes of a de-escalation.”

The S&P 500 and Dow Jones indexes looked set to break a three-week losing streak on rising optimism that the world’s top two economies could cool off their row before more U.S. tariffs kick in next week.

Chipmakers with a sizeable exposure to China rose in early trading. Intel Corp (O:INTC) was up 2.3%, while Nvidia Corp (O:NVDA) and Advanced Micro Devices Inc (O:AMD) gained 2.7% each.

The industrial sector (SPLRCI) gained 2.2%, boosted by a 15.4% jump in shares of Fastenal Co (O:FAST) after the industrial distributor beat quarterly profit expectations.

Oil stocks (SPNY) rose 1.5%, as a report of an attack on an Iranian oil tanker lifted oil prices. [O/R]

Focus now shifts to third-quarter earnings starting next week as investors brace for the impact of the trade war on Corporate America.

Analysts are expecting a 3.2% drop in S&P 500 earnings, marking the first decline since 2016, according to IBES data from Refinitiv.

The S&P index recorded 19 new 52-week highs and no new lows, while the Nasdaq recorded 32 new highs and 22 new lows.

End of an era? Series of U.S. setbacks bodes ill for...