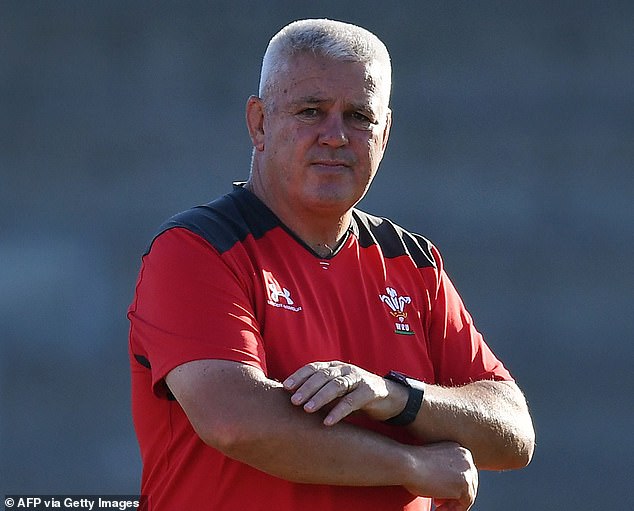 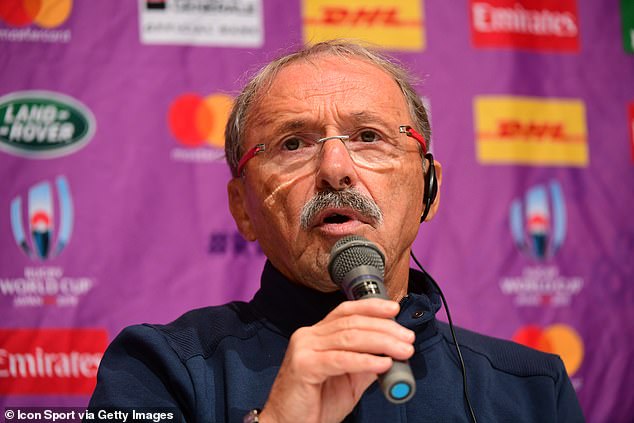 However important Wales’ quarter-final with France is on Sunday, Warren Gatland was keen to distance himself from the sort of terminology Eddie Jones has used ahead of England’s match with Australia.

Gatland stressed that in light of the tragic deaths caused by Typhoon Hagibis last weekend, this is just sport. The Wales coach feels that Jones’ ‘do-or-die’ mantra to set up his quarter-final is ill-timed.

‘I wouldn’t be using ‘do-or-die’ words,’ Gatland said. ‘They’re a bit sensitive at the moment given what’s happened in the last few weeks. It’s just another game of rugby, but we know how important it is. We are very focused on staying in this tournament.’

As are France – and they are playing on the underdog tag in an attempt to prolong their World Cup adventure.

Jacques Brunel’s men have been unconvincing in Japan so far, and have not played for 14 days after their England match was cancelled due to the typhoon.

They have, though, been able to pick star No 9 Antoine Dupont and winger Damian Penaud, who have recovered from back and groin injuries. They have also handed the captaincy back to Guilhelm Guirado, who starts in Oita at hooker.

‘Wales’ confidence is higher than ours, that’s obvious,’ said Brunel. ‘Their ranking is much better. They’ve been consistent for a few seasons. They’re the favourites. We’re underdog. But it doesn’t stop us believing. We have the ability to trouble them.’

Dan Biggar starts for Wales despite having been concussed twice in the tournament, against Australia and Fiji.

But Gatland explained that Wales have been very careful.

‘We consulted the right people, got him scanned. He’s desperate to play but we’ve been conscious, as George North in the past has had a few knocks.

‘We’ve just got to make sure if he gets a knock in the next few games or the next couple of months, obviously there would probably be a different course of action.

Cricket is back! England to play the West Indies in July… with first Test at Southampton's Ageas Bowl followed by a double header at...

Premier League players WILL be allowed to show solidarity with George Floyd and Black Lives Matter on the pitch as the FA vow to...

England Women's legend Fara Williams SLAMS Phil Neville for showing a 'lack of respect' after admitting his time as boss was always going to...

Women who suffer the tragedy of stillbirth are four times more...